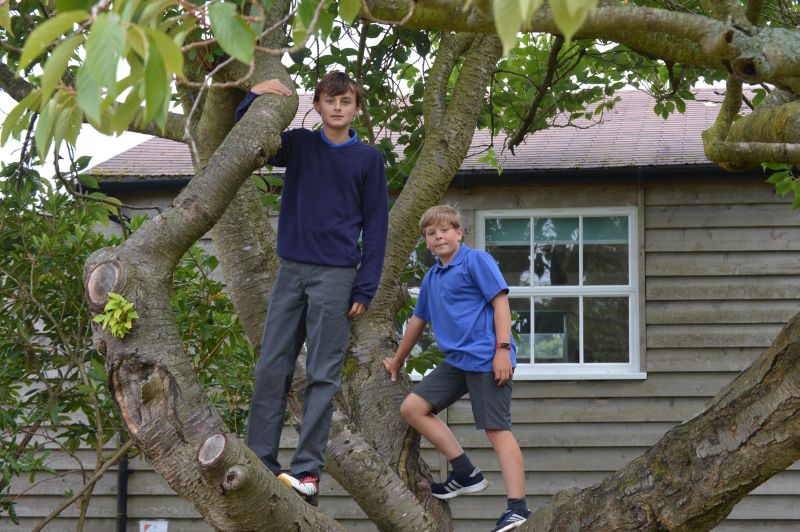 It has been widely reported that independent schools across the country have seen a rise in enquiries over the last few months during the global pandemic, and Highfield and Brookham Schools, in Liphook, are certainly one of these schools. This September they welcomed 71 new pupils to their schools, a 29% increase on the number of new joiners they saw in September 2019 and the highest they have seen in the last six years. This is in addition to the eleven pupils that joined in the Summer Term during lockdown.

Mr Phillip Evitt, Headmaster at Highfield School said; “Despite the different circumstances surrounding the start to this academic year, we are as excited as ever, if not more so given all we have been through in recent months. We are thrilled to be welcoming back our existing pupils and look forward to getting to know each of our new pupils.”

The Admissions Department believe one of the reasons for this increase is due to more London families moving to the area. In the last six months they have seen a surge in new enquiries, in fact a 167% increase compared to average in previous years. There has been a 300% increase in enquiries from London parents, versus a more modest increase of 64% from parents from Surrey and Hampshire.

Many London families plan to move to the country, but this pandemic seems to have made them make the move sooner, while their children are younger. This may also be why Highfield and Brookham have seen a five-year high of pupil numbers in Nursery, Year 3 and Year 5.

When asked why they chose Highfield and Brookham Schools a London parent said; “We were very interested in three schools locally but Highfield and Brookham became our preferred choice for a number of reasons. We felt that they offered pastoral care on a level very different to other schools and saw education as a ‘whole child’ approach. The facilities really are incredible and readily available. Finally, they have an ingrained ambition of securing the right school for each child after they leave.”

To find out more about Highfield and Brookham Schools and their admissions process visit highfieldandbrookham.co.uk.