Appreciating the value and benefits of learning a language 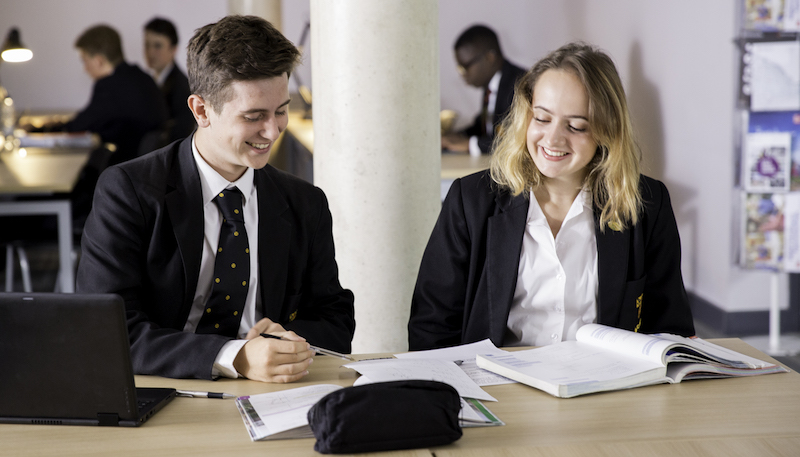 A survey published by the Higher Education Policy Institute (HEPI) in January 2020 showed that just 32% of young Britons can read or write in more than one language. This compares with 79% of their peers in France and more than 90% in Germany. These dismal statistics won’t come as a surprise to many, as modern language learning has been declining for years. In response to the UK’s dire record in encouraging young people to study languages other than English, the report’s author calls for foreign languages to be compulsory at GCSE.

This call for urgent action is understandable: Brexit is changing the UK’s relationships with EU countries and with the rest of the world. The British Council, in November 2017, identified five priority languages for the UK’s future prosperity, security and influence in the world. These are Spanish, Mandarin, French, Arabic and German, with Italian, Dutch, Portuguese, Japanese and Russian following some way behind.

At my own school, GCSE languages are not compulsory (though we do encourage pupils to study at least one language). As a former Head of Modern Languages, I believe the answer lies not in coercion but persuasion. Good languages teaching helps children to attain the particular skills needed for effective language learning – such as the thorough and systematic learning of grammar and vocabulary – and provides opportunities which allow meaningful engagement with the language – such as conversing with native speakers and learning about the country’s culture. In other words, there needs to be a balance between learning the grammar, practising the language and engaging with how other nationalities live, think and see their place in the world. Only then will young people appreciate the value and pleasure of speaking another language.

Modern Languages have been a casualty of curriculum reform over the past 30 years or so. There’s no escaping the fact that learning a language is hard, and in a bid to retain pupils’ interest there has been a gradual watering-down of grammatical content and intellectual challenge in the way languages have been taught and assessed. The study of literature at A level is no longer compulsory, which has resulted in a narrowing of focus on communicative skills alone. This neglected an essential strand of language learning – knowledge of the country’s culture, literature and history.

Consequently, the study of languages became rather dull for some, lacking the challenge of subjects requiring deeper thought and analysis, such as English or History. Removing the difficult in order to increase take-up of language learning had the opposite effect; students often felt disenchanted, demotivated and limited in how far they could take their knowledge as a result of formulaic learning and controlled assessment. In particular, teaching which slavishly adhered to the limited requirements of GCSE did not adequately prepare young people for more advanced, in-depth study of a foreign language and culture. And yet it remains true that, when a student understands how the different components of the language fit together, when a fascination develops for the culture of the foreign language, studying languages can be hugely rewarding.

We know children learn best when they’re stimulated and challenged – when they are allowed time and space to learn, rather than being forced to concentrate only on coursework and controlled assessment. Thankfully, changes to GCSE language courses mean that a better foundation for learning a language is now provided, with a greater emphasis on grammar. The new style A level also represents an improvement, with a return to greater challenge, more grammatical content and a reintroduction of the intellectual discipline of prose translation, both into, and from, the foreign language. At last, this may be a welcome rebalancing of the communication element, which certainly must be there, with academic rigour.

Good languages departments have always sought to widen the scope of pupils’ language learning, whatever the course content dictates. There is no substitute for vibrant teaching which provides a deeper understanding, more intellectual challenge and cultural insight.

Language exchange visits play an important role. While in many schools across the country the exchange is all but dead, the vast majority of independent schools encourage their pupils to spend some time immersed in the language by staying in the country as part of a study visit or exchange. It is this sort of experience which can often spark a life-long interest in a particular language and culture, because it brings that language to life.

One of the great advantages enjoyed by day schools in London is the linguistic and cultural diversity of the pupil demographic. This means that pupils often have the opportunity to practise their language skills with native speakers.

Appropriate use of technology in many Modern Languages classrooms can also help bring language learning to life – access to live TV or film can be a real motivator for pupils, and interactive programmes are also a great help for practice in speaking the language and in learning vocabulary.ry.

Studying a language is about a meaningful engagement with others, and appreciating cultural differences. While English now exerts huge influence in many countries, seen in extensive borrowing of vocabulary, for example, major national and regional languages will always reflect and define the character of those nations. Therefore, in order really to reach and to understand a foreign culture and identity, an understanding of that language remains indispensable; our own culture only becomes impoverished if we become hubristic enough to assume we have attained some sort of linguistic hegemony.

Our shortfall in Modern Languages students has to be addressed if we are to remain fully and meaningfully engaged with the rest of the world. Excellent teaching is the only way to do this.

This article first appeared in the 2020/21 edition of Which London School? & the South-East, which you can view in full here: