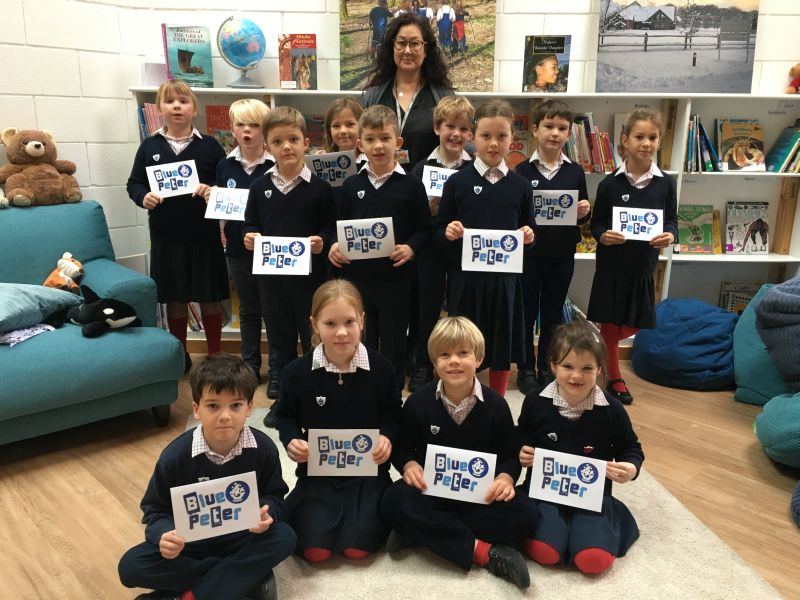 Towards the end of the Summer Term, Year 2 at Highfield and Brookham Schools were learning about descriptive writing in Literacy with a particular focus on writing poems. Their teacher, Mrs Staring, was so impressed with their efforts that she felt she had to send their poems to Blue Peter. After weeks of anticipation the children, who are now in Year 3, received some exciting news in the post last week.

Highfield and Brookham Schools like all schools across the country closed for 12 weeks during the national lockdown but was thrilled to welcome all of their pupils back for two weeks before the end of the Summer Term. During this time Year 2 demonstrated all they have learnt during their remote learning. In Literacy their time was spent finding synonyms for the word ‘flight’, investigating similes and metaphorical phrases and reading and responding to a range of poems, all of which culminated in the children writing and editing their own poems about an eagle.

Their teacher, Mrs Staring, said, “I was so impressed with their hard work and results that I posted their poems to Blue Peter. The children understood that there was no guarantee that we would receive a response as Blue Peter must be inundated with thousands of requests.”

However, much to Mrs Staring and the children’s surprise and complete joy, a large envelope arrived at Highfield and Brookham Schools last week containing a warm thanks, and as recognition for their efforts, a much-coveted Blue Peter badge for each child. The children have been wearing them proudly ever since. There are eight Blue Peter badges in total and blue badges are awarded for interesting letters, stories, makes, pictures and poems.

Mrs Sophie Baber, headteacher at Brookham School, said, “For our children to be awarded a Blue Peter badge for their writing is such an amazing achievement but even more so after 12 weeks of remote learning. This is a true accolade to how resilient and hardworking our children are. I must also take this time to thank our supportive parent body and inspirational teachers who made our time of remote learning as successful as it was.”

To find out more about Highfield and Brookham Schools and their academic ambition visit highfieldandbrookham.co.uk.