Posted on 4th May 2018 in School News, Student awards 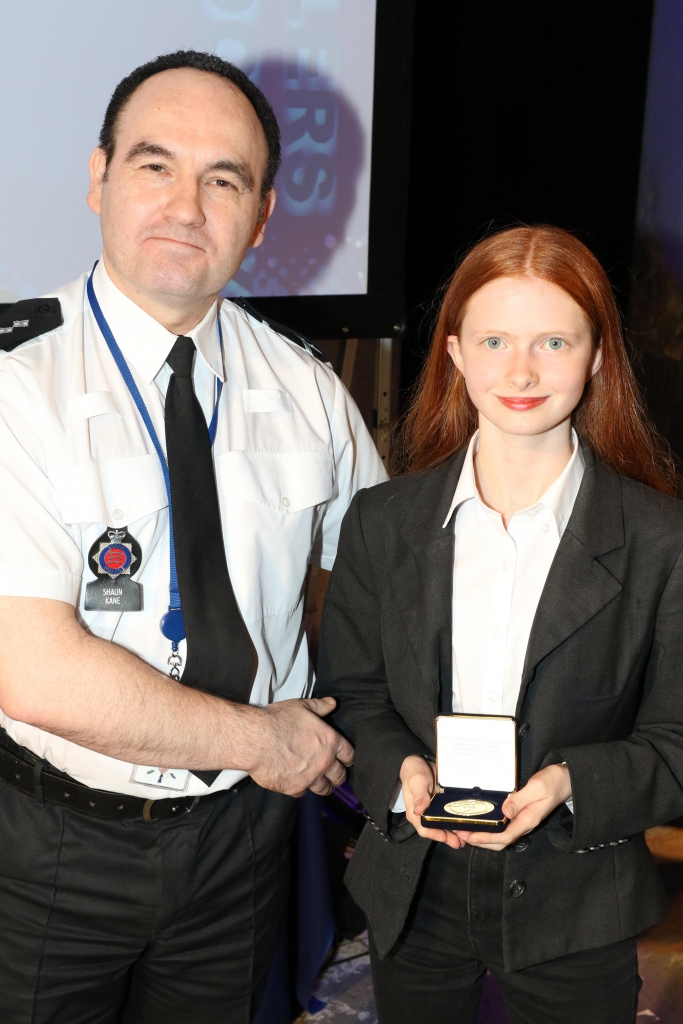 Brentwood School pupil and keen orienteer Kate Bowie-Britton has been presented with a prestigious award recognising her determination and triumph over adversity.

Thirteen-year-old Kate, who suffers from a joint disorder, received her Jack Petchey Foundation Achievement Award at a glittering ceremony in Colchester’s Mercury Theatre.

Kate, who is a member of both the Brentwood School Orienteering Team and Essex Stragglers Orienteering Society, has Hypermobility Syndrome with tibial torsion and femoral anteversion, which means that her legs do not point forwards. This means Kate often suffers from falls and has several problems with her muscles.

Due to her condition, Kate is not a fast walker; however, she has found her niche in orienteering which requires competitors to also be quick thinkers. Over the years, Kate has greatly developed both her map-reading skills and muscle strength and recently won the 2017 East Anglia Schools’ Orienteering Championships for her age group.

Kate was nominated for the award by her sister Emma, who also attends Brentwood School. Big sister Emma said: ‘Kate is a very dedicated and determined person who wants to succeed at whatever she does despite the limitations of her body.’

Kate has decided to spend her £250 Jack Petchey Achievement Award grant on a trip to the Essex Outdoors Centre in Danbury for her and her fellow orienteers.

In total, 78 young people from schools/clubs were invited to the presentation evening which honoured Achievement Award winners aged 11-25, who received medallions to go with their framed certificate and £250 cheque.

Mayor of Colchester Cllr Gerard Oxford said: ‘Tonight we have experienced the full breadth of talent and achievement from all sectors. All the young people and their parents should be very proud. Their families should be excited about their future potentials.’

District Commander Chief Inspector Shaun Kane said: ‘Tonight has been inspiring, motivating and humbling. It has been a privilege to be part of this celebration of young people's achievement and success.’

Sir Jack Petchey CBE founded the Jack Petchey Foundation in 1999 to recognise the positive contributions young people make to society and to support them in achieving their potential. Since then it has provided support to a wide range of 2000 initiatives supporting young people across London and Essex and has invested over £118m.

Sir Jack, aged 92, said ‘I am passionate about our awards scheme which enables young people to be recognised, valued and rewarded for their achievements and positive contributions to society.’