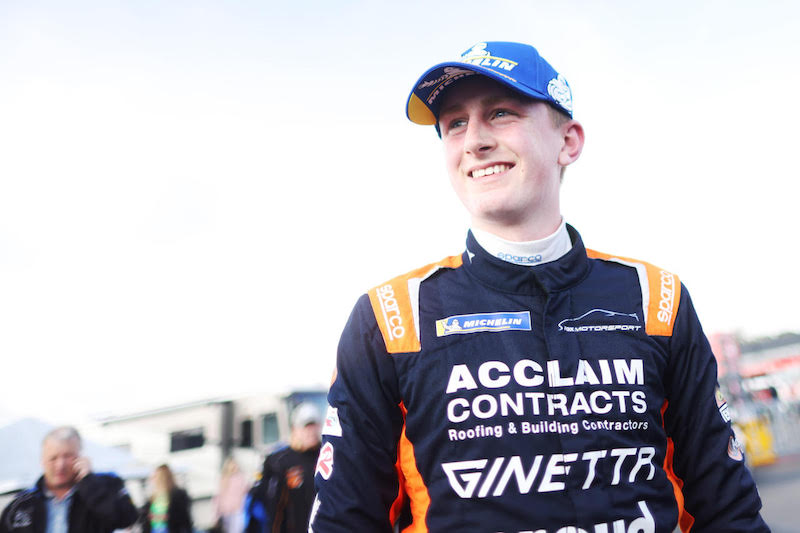 Brentwood School’s Liam McNeilly was in scintillating form at Donington Park last weekend; a win and two second-place finishes meaning the Essex youngster will be part of a three-way shoot-out for the Michelin Ginetta Junior Championship at the season finale.

The Fox Motorsport’s racer bounced back from the disappointment of missing the podium at Silverstone by showing emphatic pace for the team from Maldon, Essex, and reinforced his status as one of the UK’s most exciting young competitors.

Liam had shown well with the second-best time in pre-event testing and repeated that form in qualifying on Saturday morning to wind up second on the opening-race grid and on pole position for the day’s later race with the starting positions based on second-best lap times.

A rocket start put him immediately into the lead at the start of the opener; the 15-year-old returning to the scene of his racing debut just over a year earlier and showing the enormous progress made since then.

Appearing to have lost his shot at the victory towards the end, Liam attacked and re-took the top spot into Coppice corner on the penultimate lap; holding it to the flag to take his fourth win of the year.

A strong second place from pole position in Race Two - just 0.161s away from the victory - added more critical points, and even more impressive was his drive in Sunday’s finale; shown live on ITV4 in front of a live audience of around 1million race fans. 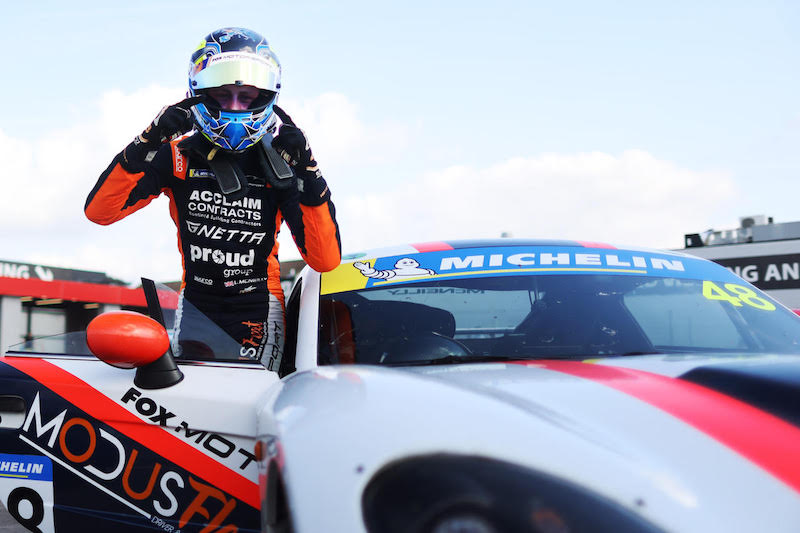 He and his chief title rival pulled three seconds clear of the rest of the field on the opening lap and simply disappeared from the pack.They built a 10-second lead meaning that when they swapped the lead on several occasions on the final two laps, they were never in danger of costing themselves - or each other - significant time or places.

While Liam missed out on a double-win by less than two tenths of a second, his 95-point haul was the best total he’s scored on any Ginetta Junior weekend to date and brought his podium total to 10 from the eight events held so far.

He’s 41 points away from the series lead and one of three drivers that could be crowned champion at the Brands Hatch season finale on October 23-24, with 109 points still available.

Liam McNeilly said: “It’s been a brilliant weekend; my best of the season, with my highest points total yet. It’s just a bit frustrating that the one driver I needed to have a bad weekend was right there with me all the way. It was so important to bounce back after the disappointment of Silverstone, but we definitely did that this weekend. The car was absolutely phenomenal; the Fox Motorsport team have done an awesome job all season and we’ve truly shown our pace here. I was delighted to get the win in Race One, and I think the battle with Aston [Millar] in Race Three must have looked great on TV. It’s going to take quite a lot to win the championship at Brands Hatch because of the points situation, but we’re going to give it everything as a team to end the season on a high and see if it’s enough.”