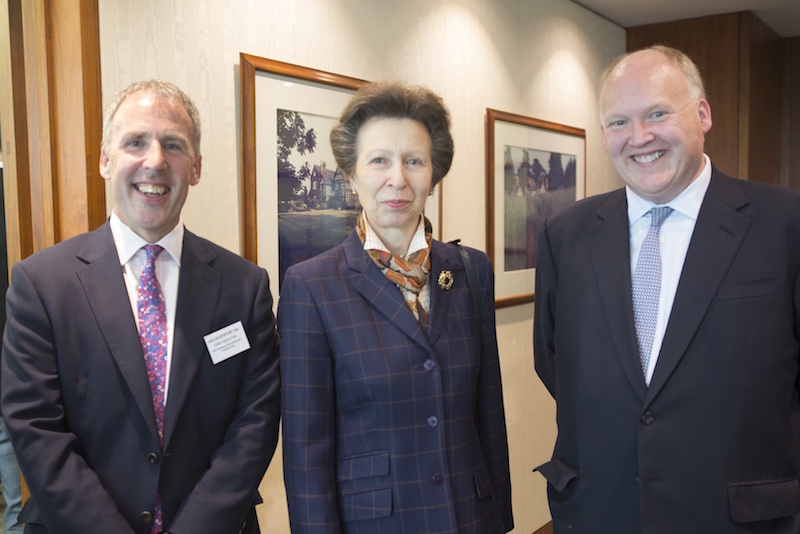 The Royal National Children’s Foundation (RNCF) and The SpringBoard Bursary Foundation (SpringBoard) hosted an event in the presence of HRH The Princess Royal, to announce plans to merge and form the UK’s leading boarding school bursary charity.

HRH The Princess Royal – who was previously Patron of the RNCF – will act as Patron of the new charity, which will legally launch on 1 July 2017 (the charity’s name is still being finalised). As a result of the merger, more than 600 disadvantaged children will be able to attend UK boarding schools from September 2017. There, they will be given the opportunity to fulfil their true academic and personal potential.

The move unites two charities with exceptional experience of transforming children’s lives by enabling their education at boarding school. 2015 research by the RNCF showed that 94% of vulnerable children supported by the charity completed their boarding-school education and went on to lead full and safe lives. Similarly, the work of SpringBoard was praised in a November 2016 report by the influential National Foundation for Educational Research (NFER), which highlighted that 96% of children supported by SpringBoard complete their boarding-schooleducation.

Kevin Parry, Chairman of the new charity and current Chairman of the RNCF, said: “The merger of the Royal National Children’s Foundation and The SpringBoard Bursary Foundation will create the UK’s biggest charity provider of boarding school bursaries and will enable more children than ever before to access the life-changing opportunities provided by boarding.

“The creation of the new charity will allow us to increase awareness and support for our work with children who have been deeply disadvantaged, either by a lack of good fortune or by extremely difficult home environments. The merger also provides scope to streamline the two charities’ existing processes, to maximise the efficiency and impact of our charitable spending.”

Ian Davenport, Chief Executive of the new charity and current Chief Executive of SpringBoard, said: “With bursary school charities facing a record demand for the support they offer, the new charity will focus on building on the great work of the Royal National Children’s Foundation and The SpringBoard Bursary Foundation. The aim is to increase the number of children currently supported by RNCF and SpringBoard, taking the figure from 600 to 1,500 within the next five years. In doing so, the new charity will transform many lives and fulfil the boarding sector’s ambition to play a leading role in enabling social mobility.”

HRH The Princess Royal said: “I endorse the merger of the Royal National Children’s Foundation and The SpringBoard Bursary Foundation and am delighted to be the patron of the merged Charity.”

The new charity will continue to support the nearly 400 vulnerable children previously supported by the RNCF and the nearly 200 disadvantaged children previously supported by SpringBoard. The charity’s Board of Trustees will comprise six former Trustees of the RNCF and six former Trustees of SpringBoard. Tim Bunting, the former Chairman of SpringBoard, will be the new charity’s Deputy Chairman.

The RNCF has a heritage dating back to 1827, when the charity’s work was begun by Dr Andrew Reed. The new charity will build on the work of such organisations as the Royal Wanstead Children’s Foundation, the Joint Education Trust (the RNCF’s forebears) and the Arnold Foundation (SpringBoard’s forebear).

The Royal National Children’s Foundation (RNCF) is a registered charity that helps children facing abuse, neglect or trauma at home by enabling them to attend state or independent boarding school. The RNCF currently enables nearly 400 vulnerable and disadvantaged children. As well as paying school fees, the RNCF also funds counselling, educational school trips and holidays for vulnerable children, many of whom have never had a holiday.

The RNCF was founded in 1827 by Dr. Andrew Reed, with Queen Victoria as its Patron. The charity is entirely voluntary funded, and depends on the generosity of supporters to continue its vital work. Registered charity no. 310916.

The SpringBoard Bursary Foundation currently enables more than 200 children from disadvantaged backgrounds to benefit from a boarding education. The charity launched in September 2012 and was inspired by The Arnold Foundation for Rugby School. Established in 2003, The Arnold Foundation’s ambition is to transform the lives of children from some of the country’s most deprived communities by offering full bursaries to attend Rugby School. Prior to the formal merger, either charity can accept donations for their combined work.

Read more about independent schools with boarding facilities in the UK.