English is not enough 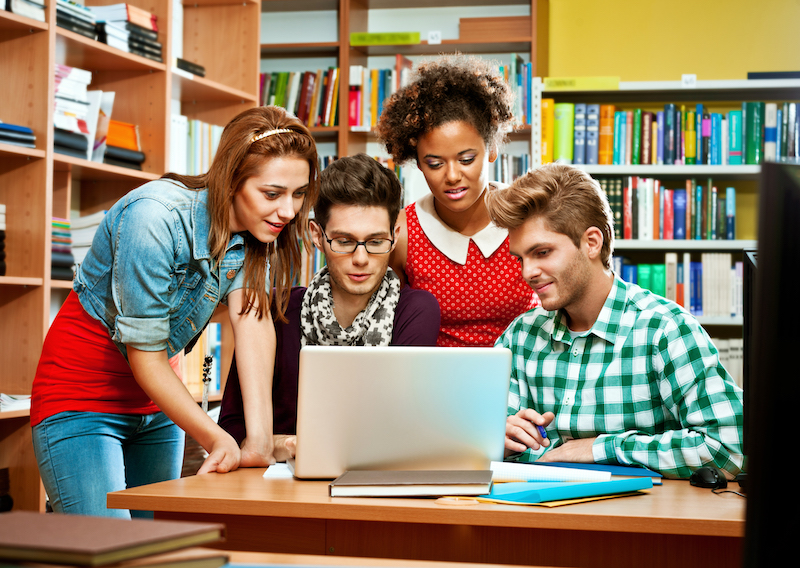 Being a bit of a languages and politics nerd led me to pick up a collection of essays recently, entitled Languages after Brexit: How the UK speaks to the World. The contributors suggest that the referendum result, by shifting Britain’s relationship to both its European neighbours and the rest of the world, has brought our interaction with other languages into very sharp perspective. My job as Head of School Partnerships at Password means that I am very aware of how many UK boarding schools have students from Europe and the rest of the world. It would be easy in the circumstances, therefore, to see Brexit as a simply another threat to the commercial viability of those schools most dependent on growing international pupil numbers and, ultimately, to my own job. Yet, having digested the arguments within the collection and combined them with my knowledge of teaching EAL pupils, Brexit seems, in fact, to present a golden opportunity to reframe school approaches to second (and third or more) language acquisition, whilst simultaneously transforming the quality of relationships between international and British students and addressing a huge skills gap in the UK economy. So, what would it require for the visionary leaders among you to seize this moment?

Developing a better understanding around the processes of second and third language acquisition, and debunking some of the myths around language learning that are prevalent among pupils, teachers and parents, both British and international, would be a good place to start. The first among these myths might be that English is the most important language to know and will be sufficient in the future. Obviously, within an English medium instruction school, proficiency in English will be a prerequisite for academic achievement in the short term. However, in the longer term, focusing on purely one language is likely to be detrimental to a pupil’s outcomes academically, socially and economically. On the academic front, there is clear evidence that pupils who are literate in more than one language will out-perform monolingual speakers. Among the advantages conferred are better metacognition and conceptual thinking, which leads in turn to quicker problem solving. According to Viv Edwards, Professor of Language in Education at the University of Reading, multilingual children also tend to demonstrate, ‘greater sensitivity to the social nature and communicative functions of language’. This improves their ability to see situations from different perspectives, making them more astute operators in group settings.

This is perhaps of greatest significance when translated to the workplace. Here, research has consistently demonstrated that monolingual English mother-tongue speakers are at a disadvantage in settings where English is the lingua franca, such as multinational businesses. They lack the skills required to adjust their language, because they are less aware of the kinds of linguistic features that a non-native speaker might find difficult to understand. What is more, while their multi-lingual counterparts may choose to slip in and out of one or more languages other than English to negotiate a point of confusion, the mono-lingual English speakers are unable to do so in the transcultural environments in which many of them hope to be employed.

Economic research estimates that this lack of linguistic skills among the UK workforce costs around 3.5% of GDP – demonstrating starkly that the ‘English is enough’ mantra really needs to be debunked and language learning given a genuine boost. Who better placed to do this than the independent school sector, where language learning for all is still encouraged, at least to GCSE?

Against this background, not only are British pupils potentially subject to greater extrinsic forces motivating their language learning over the longer term, but international pupils, who are frequently speakers of more than one language, become excellent role models. These learners, having often been made to feel that their level of English is a deficit, are now empowered by their capacity to share their language learning skills and cultural knowledge with the wider community. This will enrich the process of language learning across the school and provide opportunities for improving the intercultural skills of the British pupils as well. As cultural awareness across the student body improves, and self-esteem among the international pupils rises, collective sense of belonging will increase and community cohesion will also improve (as, incidentally, will grades).

While the first step in this process is about communicating a shift in perspective regarding the importance of language learning, the latter is more about developing a shared vocabulary for talking about language and celebrating skills acquired at whatever level. Creativity is required – such as the Mother Tongue Other Tongue initiatives put forward by the Scottish branch of the University Council for Modern Languages. These included poetry competitions whereby pupils write in their mother tongue and/or a language they are learning, and spelling competitions for learners of French, German, Spanish and Gaelic in early secondary education. What is important is that such initiatives are not just cultural tokenism such as putting on a special menu for Chinese New Year. Instead they demand planning and input from teachers across the curriculum regarding which activities will foster shared language goals among the learners involved (whatever the language) and afford valuable linguistic and cultural learning opportunities.

It is not only pupils that benefit from this adjustment in approach. The teachers of English as a Second Language, who in my experience often feel undervalued in terms of their professional skills, can now see themselves on equal footing with the Modern Foreign Languages and English department. Moreover, an increased awareness of language learning across the curriculum and a shared language for talking about language may boost collaboration between EAL and other subject teachers leading to the development of more content-based language learning materials to support EAL pupils. The quality of teaching for EAL pupils will improve and evidence suggests this will lead to better learning outcomes for all. Heads of EAL can also argue more securely for their subject to be treated as one requiring primacy in the timetable alongside MFL, as an alternative for those pupils requiring specific sheltered instruction in English, to ensure that they are able to reach their potential across the curriculum. Moreover, Heads of Admissions and Heads of EAL can act more powerfully as advocates for their students in terms of parity in fees. Why should the EAL pupils pay extra for their classes, when the British pupils are given access to second language tuition as part of their package? And by removing this financial burden on the parents of international pupils, Form Teachers and Directors of Studies may find their inbox has fewer emails of complaint about the additional cost of EAL classes or demands that their son or daughter is withdrawn from these, usually arguing they are ‘unnecessary’ as their child will learn English simply by being surrounded by mother-tongue speakers.

This brings me to myth number two that senior leaders really need to dispel: that international pupils will pick up the language required as they go along. This is a particularly dangerous falsehood for the younger learners joining our schools. According to Professor Jim Cummins, the source of much of the theory and practice in second language acquisition and the creator of the concepts of Basic Interpersonal Communication Skills (BICS) vs Cognitive Academic Linguistic Proficiency (CALP), the speed at which an EAL pupil acquires the linguistic skills to be academically successful depends hugely on the level of literacy he or she has already achieved in their mother-tongue in addition to the amount of time they have studied English for. Importantly, the cognitive advantage of being bi or multilingual only exists when the pupil has a level of mother-tongue development that allows them to cope with more abstract modes of thought. This means that pupils being admitted to prep-schools that are acquiring English as their second language and have not yet achieved higher levels of literacy in the mother-tongue are likely to be at both a short term and long term academic disadvantage compared to their British peers. These are the pupils who would most benefit from sheltered instruction of subjects by teachers who have specific training in delivering subject content to non-native speakers as well as extensive English Second Language tuition.

This points to one final area requiring some myth busting. One common practice in independent schools with EAL pupils is to insist they ‘speak English all the time’. They ban the use of mother-tongue, arguing both that English is the language of the school community and that using their home language will delay the pupils’ progress. In reality, allowing controlled use of mother-tongue in the classroom, particular for orally rehearsing a task with a compatriot before completing it again in English, does have significant advantages. Such a staged approach can increase weaker language user confidence and improve cognitive development in both languages. Besides, if EAL students do not continue to develop their literacy and academic oracy skills in their mother-tongue, the significant danger is that they will no longer be able to function in higher level positions requiring complex reading and writing skills in their own language on returning home. Hence, when I was Head of EAL at d’Overbroeck’s School in Oxford, I insisted that all my Year 11 EAL learners take the First Language IGCSE in their mother-tongue, if available. I also instilled in international parents and pupils the high value of mother-tongue literacy and the importance of finding out what peers of the same age had been reading at school and outside, and using the holidays to brush up on this.

Implementing all of the above at your school presupposes that your senior leadership team already have or are willing to recruit experts in second language acquisition and English language learning to run your EAL department. It presumes you are prepared to invest in appropriate setting of language learners and provide sheltered instruction for weaker EAL pupils if necessary. It also assumes you will invest in on-going CPD for the EAL and MFL teachers at your school and facilitate their leadership of appropriate in-house training for all staff in this new approach to language learning. Just like navigating Brexit, I have no illusions that negotiating a whole school drive like this will be easy, but I do have the conviction that there are long-term benefits to be had that are worth the pain.

Dr Helen Wood is Head of School Partnerships at Password, having been Head of the International Section at d’Overbroeck’s School for ten years and their whole school Head of EAL for eighteen years.