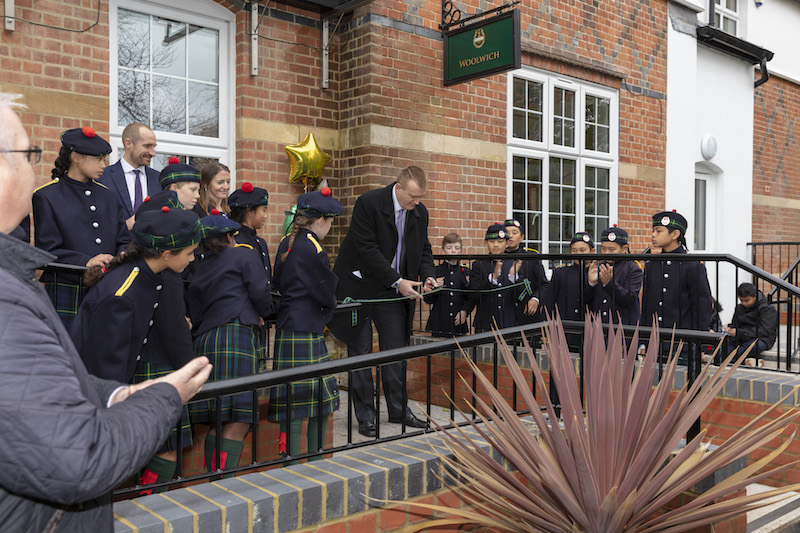 Mr Gordon, the great-great-great nephew of General Gordon and a Trustee of the school in West End, Woking, Surrey which is the National Memorial to General Gordon, cut a ribbon at Woolwich House, the school’s latest residential boarding house. It marks a return of the ‘Woolwich’ name to Gordon’s after an absence of 27 years.

In declaring the house ‘open’ Mr Gordon made reference to the fact that across the school there are examples of people and places in Gordon’s life and Woolwich, his birthplace was one General Gordon associated with “…a place of family and of happiness”.

He continued that General Gordon “….would not only have approved, he would have been very proud” of the new addition. 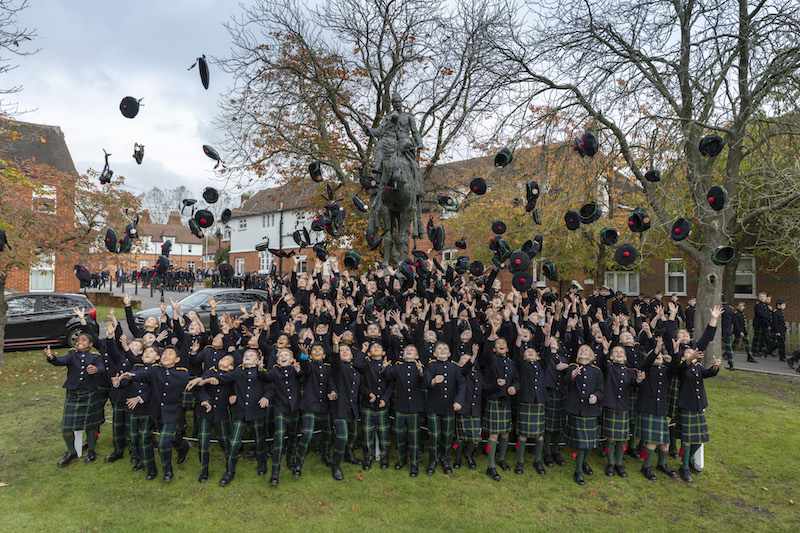 Hats off! Year 7 students from Gordon’s School perform an annual tradition after their first march in a public Parade by throwing their Glengarry caps into the air in front of the iconic statue of General Charles Gordon. The school is the National Memorial to the British war hero and philanthropist and the statue came from Khartoum in 1958.

Taking the helm of the new house are Sam and Daisy Cooper, together with their children and four month old black Labrador puppy Barney!

Both Mr and Mrs Cooper are experienced boarding professionals having worked in a school in Shanghai with a western-style of education and boarding and more recently a British boarding school.

But Woolwich House ranks top of all the boarding houses they have seen. Completely refurbished, the house is light and airy with high ceilings. However, the Coopers are delighted that the character of the building has been retained.

Formerly the Headmaster’s House, the new boarding house overlooks Gordon’s Front Field, with the statue of General Gordon in the distance.

The school is the National Memorial to General Gordon and was built at the insistence of Queen Victoria, by public subscription following his death in Khartoum in 1885. Originally opened as ‘Gordon’s Boys’ Home’ for necessitous boys, the aim was to provide boys aged between 13 and 17 with a practical trade such as carpentry, shoemaking or carpentry. Regular drills, marches and parades were held to instil discipline in the boys.

The home became a school in 1943, admitting girls for the first time in 1990, when it became Gordon’s School. Today marching and Parades are still very much a part of school life and Gordon’s students are the only ones in the country permitted to march along Whitehall in central London, a journey made every year in remembrance of General Gordon. Since its early beginnings, the school now ranks among the top boarding schools in England, as well as being in the top one per cent of all schools in England and Wales for progress at A Level. 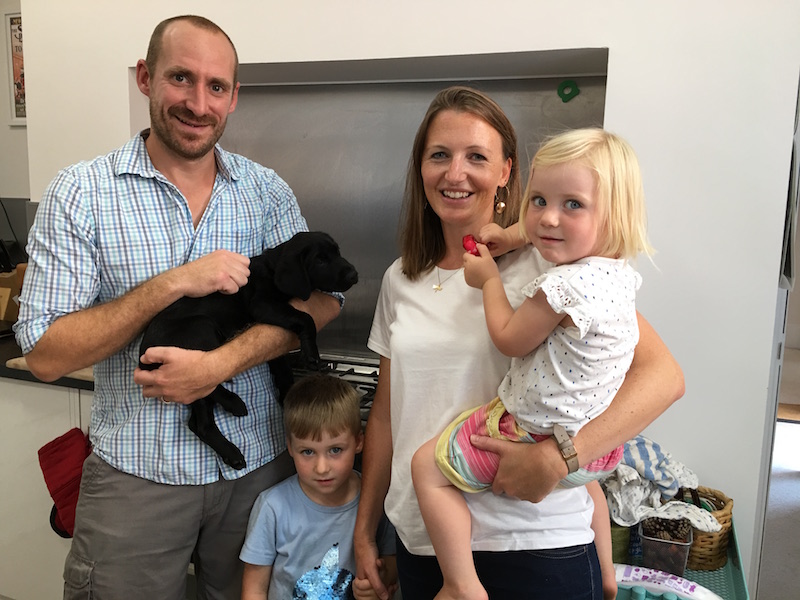 Taking the helm at the new Woolwich House Residential Boarding accommodation for Year 7 students beginning their boarding lives at Gordon’s are Houseparents Sam and Daisy Cooper. They are pictured with their children Tommy and Rose and puppy Barney.

As an English teacher, Mr Cooper is passionate about his subject and sharing it with his charges: “I will push reading in the house – I think it is very important, particularly for boys.”

As well as providing students with their own small library in their common room, the Coopers will allocate 15 minutes every evening for reading – the two of them also read to their charges every night before light’s out. “School life is so hectic that having 10 or 15 minutes to lose yourself in a book is important,” continued Mr Cooper.

The family will operate an ‘open door policy’ for the 32 students (16 boys and 16 girls) in their care – “Our home is open to all” said Mrs Cooper, adding: “Our aim is to provide a home from home in which students feel safe and comfortable to be themselves and Woolwich is the perfect family house to allow them to ease their way into the boarding lifestyle.”