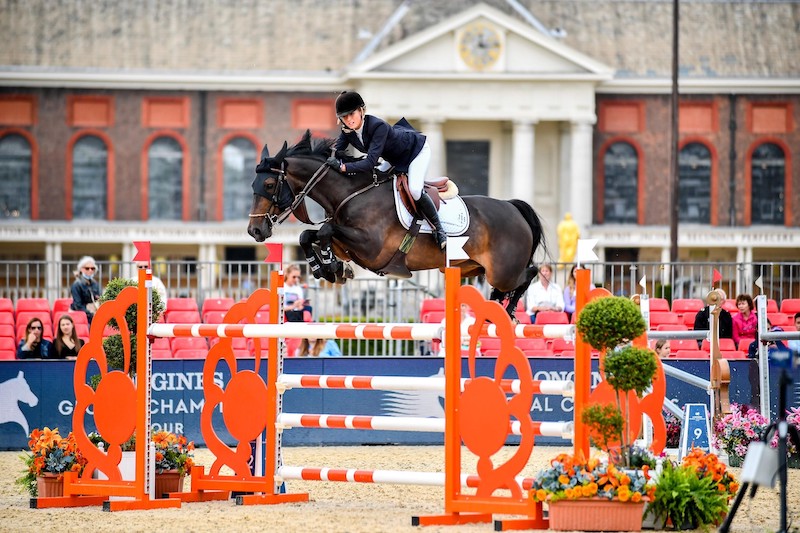 Seventeen-year-old Claudia will join young riders from thirty nations across six continents who have been invited to participate in the event. The Youth Equestrian Games 2022 will replace the Youth Olympic Games which were set to take place this year in Dakar, Senegal, but have been postponed until 2026.

Claudia, who has been competing since the age of 10, said: "It is an honour to represent Great Britain and be a part of Team Europe at the Youth Equestrian Games. The competition was very strong, and I am delighted and immensely proud to have been selected.

"It’s a unique, one-of-a-kind competition and experience. To come together with my teammates from Europe to compete against the other teams from around the world will just be incredible. I am looking forward to making new friendships and cheering on my teammates, I wish everyone the best of luck. Aachen is one of the iconic equestrian arenas of the world, I never believed I would have the opportunity to ride in front of the crowd there so early in my riding life. It will be something very special, definitely one that I can tick off my bucket list!"

Riders will compete on borrowed horses, which will be supplied by the organising committee and randomly allocated to participants. The horses and riders will have three days prior to the event to train and form a strong partnership in preparation for the start of the competition on Wednesday 29th June.

Claudia will form part of the Europe continental group in a team alongside riders from Germany, Belgium, France and Greece. The team competition will be run over two rounds of a 1.30m course (one round per day), where the best three scores from the five riders will count towards final team classification.

The Youth Equestrian Games are open to young riders aged 15-18 years old. Great Britain qualified as a result of the Junior team’s bronze medal won at the 2021 Youth Europeans in Vilamoura in Portugal.

Claudia, whose dream is to compete in the Olympic Games, added: "Spending time with my horses every day is one of the best things about riding horses. To see them happy, healthy, and relaxed. It’s fun to build and develop a relationship and bond with them. The relationship is one of trust, the more trust the horse has in me the better understanding and belief I have with them. We are learning about each other every day.

"Competition is also a huge part of the excitement and drive of being a showjumping rider. The horses really come alive when they enter the arena, it’s something very special to feel them fighting so hard for you, I think they want to win as much as I do! They have given me some really special moments."