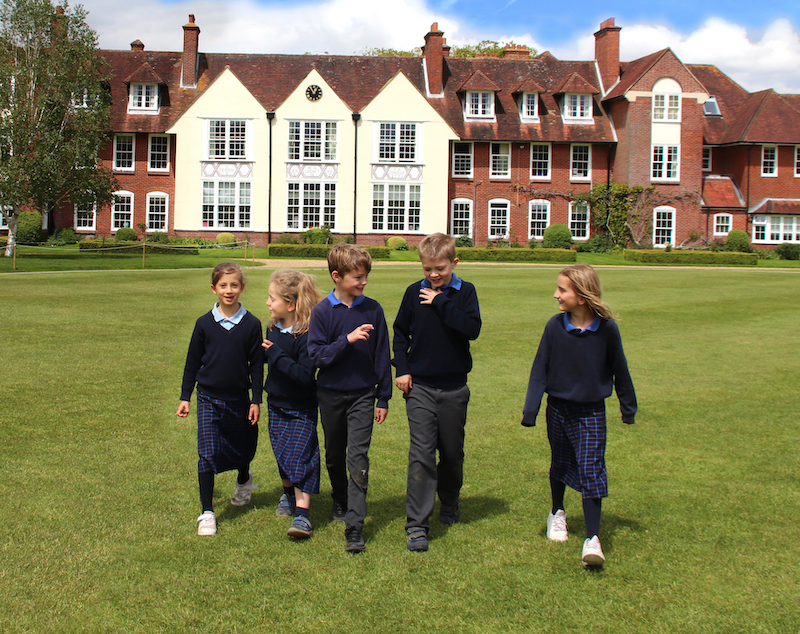 A thriving independent school in Liphook has seen another healthy rise in new admissions.

Highfield and Brookham Schools has welcomed another 81 pupils to its nursery, pre-prep and prep schools in September – up 14% on last September. Last year, 71 new children – an increase of 29% – joined Highfield Brookham, the highest number of new admissions in six years.

The continued upward curve is another huge vote of confidence for the highly-respected co-educational day and boarding school which lies within the South Downs National Park, nestling on the leafy borders of Surrey, Hampshire and West Sussex.

Under the expert eye of Phillip Evitt, Headmaster of Highfield Prep, and Sophie Baber, Headteacher at Brookham Nursery and Pre-Prep, the schools have earned an enviable reputation for their academic excellence, sporting prowess, and high level of pastoral care.

Mr Evitt has forged strong and lasting relationships with the very best senior schools in the country, resulting in a continuous flow of Highfield pupils joining the likes of Harrow, Eton, Charterhouse, Marlborough and Cranleigh, something which has undoubtedly had an impact on the impressive new admission numbers in recent years, while London families looking to move out of the capital has also been a factor.

As a result, Brookham now has its highest ever number of children in Nursery, with a bright new space having been opened during the summer to allow the school to have two classes for older nursery children and offer all the sessions that the children require without increasing class sizes.

And pupil numbers are now at a five-year high for children entering Reception and Year 4 as the schools continue to go from strength to strength.

Mr Evitt said: “Choosing a school, and especially choosing the right school, is an enormous undertaking and these numbers really give us an incredible sense of satisfaction knowing that our approach to schooling, both in and out of the classroom, is being recognised by parents and prospective parents alike.”

And the pupils look set to have a bright future judging by the thoughts of one particular London parent, whose words are being mirrored by an ever-increasing number of people. She said: “We were very interested in three schools locally, but Highfield and Brookham became our preferred choice for a number of reasons.

“We felt that they offered pastoral care on a level very different to other schools and saw education as a ‘whole child’ approach. The facilities really are incredible and readily available. Finally, they have an ingrained ambition of securing the right school for each child after they leave.”

The schools’ international numbers have also bounced back strongly despite the logistical global headaches caused by the coronavirus pandemic, with pupils returning to Liphook from across Europe, Asia and North America.

Mr Evitt added: “We are thrilled to have welcomed back our existing pupils and we are looking forward to getting to know each of our new pupils.”