Posted on 9th May 2018 in School News, Student awards 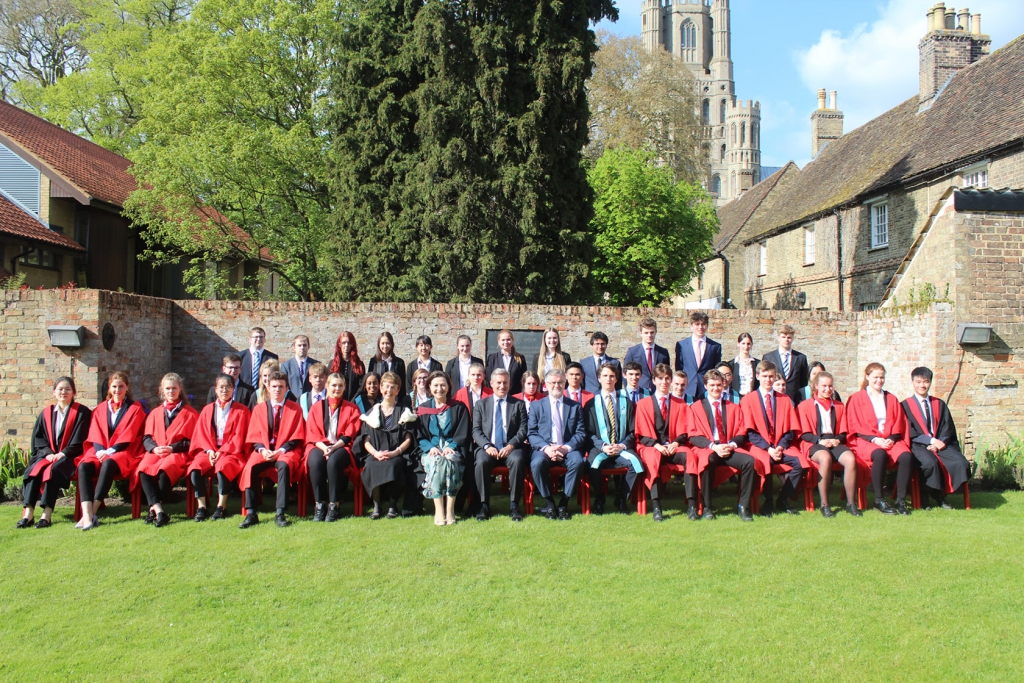 Students, staff, parents and friends of King’s Ely came together in Ely Cathedral for one of the highlights of the school calendar.

Hundreds of people packed inside the magnificent cathedral on May 4th for King’s Ely Senior’s Prizegiving ceremony – an annual celebration of students’ academic achievements and outstanding successes in everyday school life, such as music, art, drama and sport.

Academic Prizes are awarded to several students in each year group. There are awards for Most Improved Students and those who have provided an Outstanding Contribution to School Life. There are also King’s Scholar and Queen’s Scholar Prizes, Prefect Awards, King’s Ely International Scholar Prizes and Potticary Medals for the Heads of School; which went to Oliver Hutchinson and Paige Grey this year.

Long-standing awards and medals which celebrate historical achievements at King’s Ely – such as the Bennett Prize, Dimmock Reading Prize, Shepherd Cup and Winkfield Cup, to name just a few – are also presented at Prizegiving, which is followed by a service of thanksgiving. King’s Ely’s all-boys a cappella group, the King’s Barbers, who were crowned UK Youth a Cappella Champions last month, also performed at the service.

Guest of Honour at this year’s ceremony was Lieutenant General Philip Jones CBE. After serving in the British Army for 36 years, Phil departed the service as a Lieutenant General. With over 15 international deployments, including three secondments to the UN and two to NATO in leadership roles, he gained operational experience in most of the major military campaigns of the past 30 years. This included over three and a half years in Afghanistan. Positions included Brigade Commander in Northern Ireland, Military Attaché in Washington DC, the first Chief of Staff to the new UK Joint Forces Command within the Ministry of Defence, Military Advisor to the UN in Afghanistan, and Chief of Staff for NATO’s Allied Command for Transformation, NATO’s strategic military command. He was awarded CB and CBE for his service.

To find out more about opportunities at King’s Ely, please visit www.kingsely.org.