Mayfield girls take on the MCC 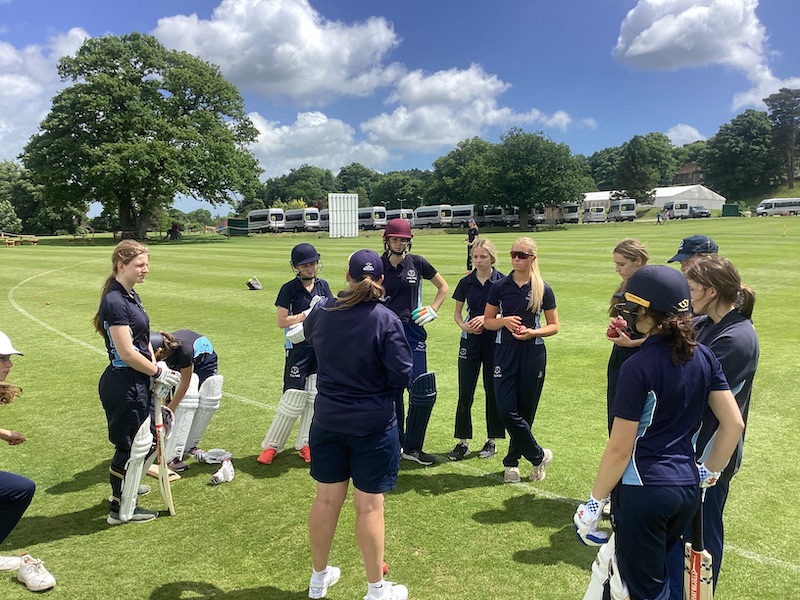 On Saturday 11th June the Cricketers of Mayfield School were delighted to welcome the MCC (Marylebone Cricket Club) for just the second time in their history. The students, ranging in age from 11 to 18, played two T20 fixtures against a women's representative side from the MCC, containing two ex-international Cricketers.

On both occasions the MCC won the toss and elected to bat first. On a warm and sunny day they were able to make the most of the conditions to set a tough target for Mayfield's young cricketers to chase down. Despite some great batting performances from Lizzie (39*), Zara (35) and Flo (26), Mayfield fell just short in their run chase in both games.

Emily Starr, Mayfield’s Head of Cricket, said: "It is a real honour to play the MCC and play our part in championing women's cricket. The sport is now a firm favourite at Mayfield even though we only introduced it as a major sport five years ago. In that time we have established a comprehensive programme and now have several girls in their respective age group County squads, and for the last two years we have been recognised by The Cricketer magazine as one of the country's top 20 all girls schools for cricket. A big thank you to the MCC for giving our girls this opportunity.”