Mill Hill at the Tokyo Olympics 2021 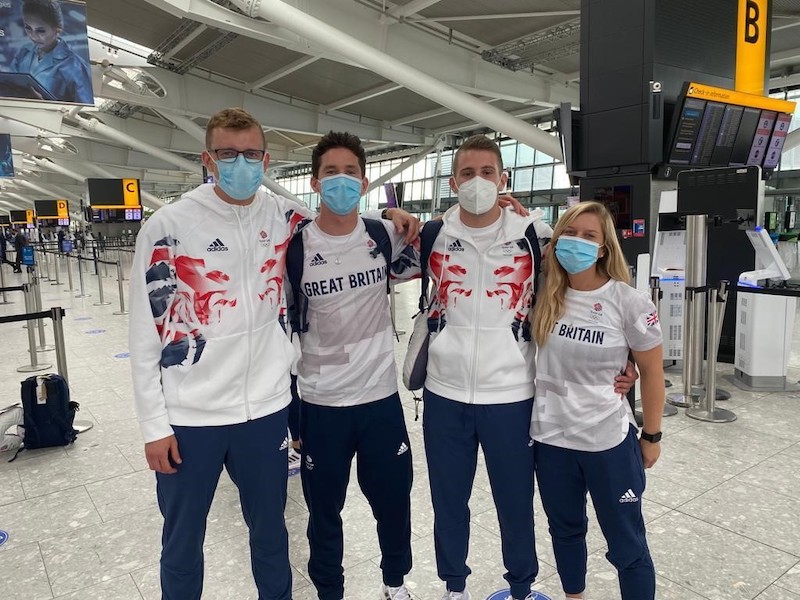 This summer we are lucky enough to have two members of Mill Hill staff heading to Tokyo for the Olympics; our Physiotherapist Miss Goriup who is travelling with the GB Fencing Team, and our Head of Hockey Mr Browne with the GB Hockey Team!

Miss Goriup sent us this update from the opening ceremony:

"Only 16 Team GB athletes attended as many were competing the next day so it can be a long day and extra time on their feet if they go to the ceremony in person. We had a celebration for the two flag bearers, this is the first Olympics where a male and female athlete equally shared the flag-bearing job.

"The weather was great and we all spent time as a big team outside our accommodation block before sending the athletes off.

"Marcus Mepstead was one of the athletes selected to represent the wider team at the ceremony!

"We all had an outfit designed by Ben Sherman so that we looked smart for the occasion!"

As the Assistant Coach to the GB Men’s Hockey Team, Mr Browne has had a very exciting week in Tokyo:

"After the first week we have played four games. We won against South Africa 3-1 and Canada 3-1. Lost to Germany 5-1 and drew with Holland 1-1. We have one more group game left vs Belgium who are the ranked no.2 in the world. However, our results mean that we have already qualified for the quarterfinals.'