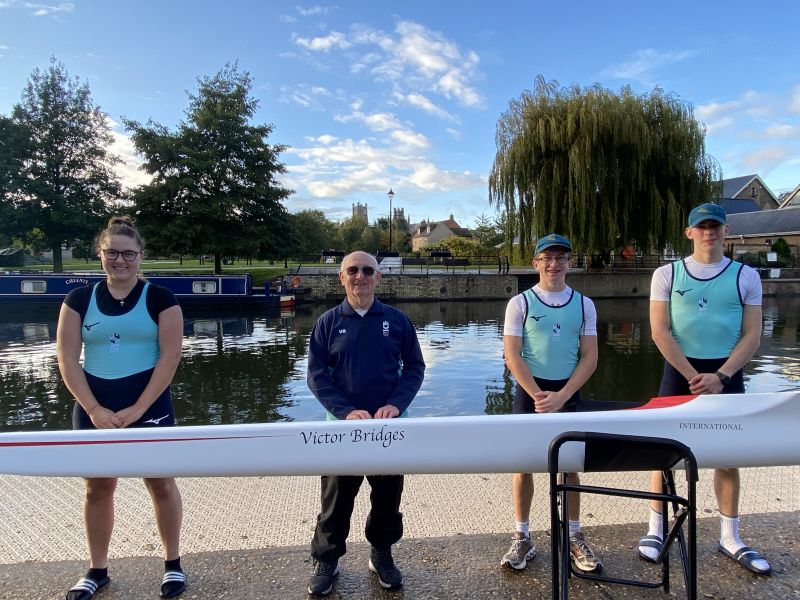 King's Ely Boat Club’s newest double scull has been named in honour of one of the school’s long-serving rowing coaches.

Victor Bridges, who has been a stalwart member of the King’s Ely rowing community for fifteen years, says he is honoured that the newest boat to be added to the school’s fleet has been named after him.

Rowing students and staff were joined by King’s Ely’s Principal, John Attwater; Head of Senior, Jonathan Shaw; and Director of Sport, Henning Kaaber, for a socially distanced unveiling ceremony at the Boat Club.

Mr Bridges said: “I was very pleased and surprised to have a boat named after me. I feel that it is a great honour. Coaching rowing at King's is a wonderful experience, especially seeing the pupils progress from their first session in a boat, feeling nervous about falling in, then after a few sessions to be able to confidently go out in a single scull and be capable of handling some very rough conditions that the river sometimes throws at us.”

After the unveiling, the boat was taken for its first row by King’s Ely Senior students, Will Buckingham and Conall Comley. 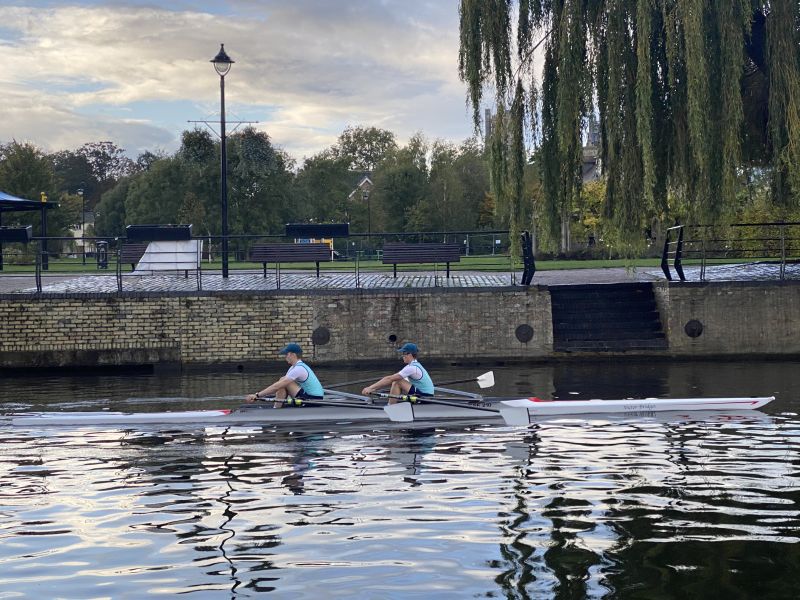 Craig Ward, Head of Rowing at King’s Ely, said: “We are honoured to be able to name our new boat after Victor, who has done so much to develop the Boat Club and the pupils who pass through it. The new double scull enables our pupils to train and compete at the top level of junior rowing and is part of our development plan to continually raise the standard of equipment and performance at the King’s Ely Boat Club.”

With arguably the best stretch of river for rowing in the country, it is not surprising that King’s Ely has been a strong force in UK rowing for many years. As one of the major sports available to students from Year 8 upwards, rowing is enormously popular at King’s Ely.

The school’s Boat Club is located on the River Great Ouse just a short walk from school, providing an uninterrupted stretch of water that runs for over 15 miles in each direction, including a 5 kilometre straight, making it the perfect place to train.

To find out more about rowing and other opportunities at King’s Ely, please visit www.kingsely.org