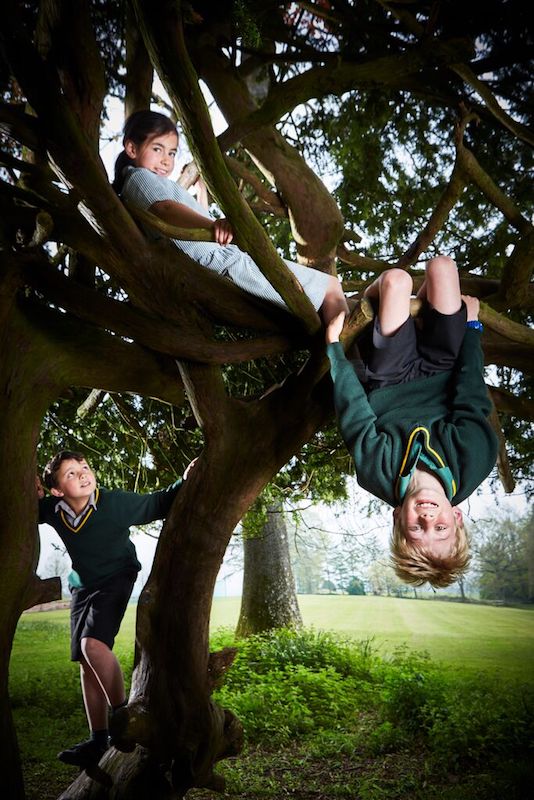 Charlie Minogue, Headmaster of Moor Park School, celebrates that prep schools are free to design an education to prepare students for the future...

Defining the differences from one school to another can be difficult but choosing a school is also one of the most important decisions that a parent can make for a child. There are so many factors in play and parents, depending on the age of their child, are often looking into an uncertain future as to what features will help to meet their child’s needs in the years to come. Children might attend a prep school for ten years or more if there is an attached nursery and kindergarten and it is a sobering thought that this time represents the vast majority of their education.

How, then, are parents to differentiate between all of the very fine prep schools in the UK? Logistics play a part as does a feeling that a particular school ‘fits’ with their own ethos as a family. Every school is subtly different in this regard and a school visit, time spent with the Head, children and staff will usually tell you what you need to know.

However, in a world that is changing incredibly quickly, it may also be important to consider another factor when making decisions. Two years ago it was estimated that two-thirds of primary aged children will be doing jobs that don’t currently even exist when they leave education. The world of work will almost certainly be more competitive and fast moving and I suspect that this statistic will have become even more extreme since then. Successive governments have focussed on creating measures of a school’s worth based on exam results and league tables. We know that the real role of education is to prepare children for life which a narrow, exam driven, school system consistently fails to do. The beauty of an independent education, particularly at prep level, is that we are free to design an education that actually prepares children for what will face them in the future. Preparation for exams is an important part of any school experience but it is a privilege to be able to shape an education that goes much deeper than this and wise parents choosing schools will delve further into this area. Some schools have taken deliberate steps to give children an advantage in a fast changing world and this is something that parents should certainly consider when choosing a school for their child at such a formative age.

Children will need thinking skills as well as knowledge in order to thrive in an age likely to be increasingly dominated by artificial intelligence and other technologies. Moor Park’s response has been to completely redesign its schemes of work from nursery to Year 8 to deliberately encourage six habits of thinking, the so-called Moor Park Mindsets. Innovative INSET sessions and on-going monitoring have resulted in teaching methods also changing to encourage Creativity, Curiosity, Critical Thinking, Confidence, Resilience and Independence in all children at the school. Good thinking is encouraged through reward systems and examples are celebrated in assemblies, newsletters and displays. Tutors, using feedback from the modified rewards system, monitor the thinking skills of individual children and details of progress are passed to parents as part of the normal reporting systems and parents’ evenings.

Thinking skills have now entered the vocabulary of some schools and, certainly at Moor Park, children can often be found commenting on each other’s thinking in a supportive fashion in all aspects of school life. From boarding to sport and music to maths, through encouraging thinking skills, children are being given a helping hand in coping in a world of work that will increasingly value these attributes. The rise of Artificial Intelligence will have a profound effect on the types of skills that will be more valued in the work place and schools who react to this feel that they are giving children the skills they will need to be successful.

A recent example (and there are many to choose from) of how this has affected teaching and learning in our school was seen in a history lesson recently. The teacher presented some source material to a class and then proceeded to argue a point that was contradicted by the material he had just handed out. The children eventually challenged him and were then encouraged to think critically about the information they are presented with, have the confidence to take action if needed and the independence to think differently from their peers if they feel strongly about something. A rich lesson indeed.

School inspectors also value the effect of this kind of initiative: encouraging higher order thinking is good for children of all abilities and leads to the kind of excellent outcomes that we are all after. Success in scholarship and entrance tests is actually enhanced by such a programme. During our inspection in June 2019, the school was given the top grades in every category and inspectors commented on the positive effect of the Mindsets initiative on the thinking skills of the children, gratifying considering that the programme had been running for just less than a year. The school is already planning the next stage of the initiative which will involve more training and sharing of ideas amongst the staff and so-called ‘Mindset Mayhem’ days where particular thinking skills will be highlighted. The whole programme has been great fun but most importantly is making a difference to the children.

At the World Economic Forum at Davos recently, world leaders agreed that education needed to change in order to give children the thinking skills they will need to cope and identified attributes such as creativity and critical thought (amongst others) as being particularly important. All adults involved with the care and development of children need to bear this in mind as they lead and choose schools alongside all of the other traditional benefits of a prep school education. Prep schools are uniquely placed to provide young people with the skills they will need to be a success and a decision to start a prep school journey for your child is an exciting one. Good luck with the search!