Eleven-year-old Raghav Sharma started working at the Humdum UK foodbank when he was just six years of age and he and fellow volunteers were thrilled to be awarded The Queen’s Award for Voluntary Service.

Raghav, who was Humdum’s youngest helper, said he was inspired by his dad, Tarun Sharma, to start volunteering: “My dad has been volunteering for years and one day he asked me to accompany him to Humdum. When I realised how good it was for others and how satisfying it was for me, I continued to do it by choice.”

The Queen’s Award for Voluntary Service is the highest award a local voluntary group can receive in the UK and is equivalent to an MBE. The volunteers at Humdum, a Community Interest Company, prepare fresh, nutritious, hot meals several times a week for local people who are facing hardship.

Kind-hearted Raghav said he enjoys helping out at the foodbank every Saturday: “I like meeting and helping people. I meet them and I get loads of blessings from them.” 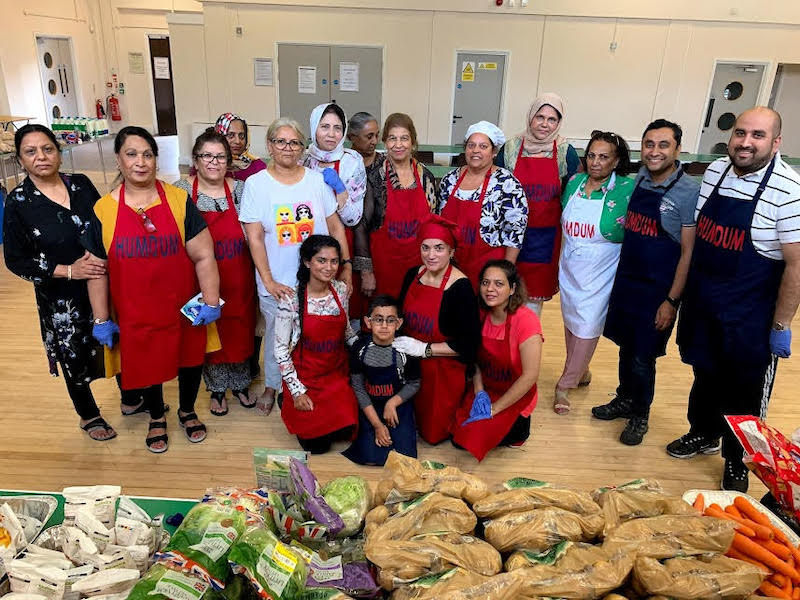 Raghav was initially the group’s youngest volunteer but his actions have encouraged others to follow suit. “I got loads of love from all the other volunteers. After I joined, they started bringing their own kids and grandkids to the foodbank. Now we have a huge kids’ volunteer group where kids come and help where they can.”

Mum, Gunjan, said how proud both parents were of their son: “We are so incredibly proud of Raghav for this amazing display of kindness and selflessness. It’s just about being human and learning to give back. We both have been volunteering for years but we didn’t expect Raghav to enjoy it as much as he does. We are really proud of him and his dedication inspires us to do more.”

Humdum Chairperson Kishwar Bhola said: "Raghav was the youngest volunteer to join us and in a way the founder of the young volunteer group at Humdum. We need younger people to be associated with our mission and carry on the legacy. I am really proud of Raghav and his sincerity towards Humdum!"

Brentwood Preparatory School Headmaster, Jason Whiskerd, said: “Raghav really is a kind and considerate boy in every respect. We are particularly proud of him and his work resonates strongly with our values of Virtue, Learning and Manners.”