Posted on 20th May 2021 in School News, Which London School? 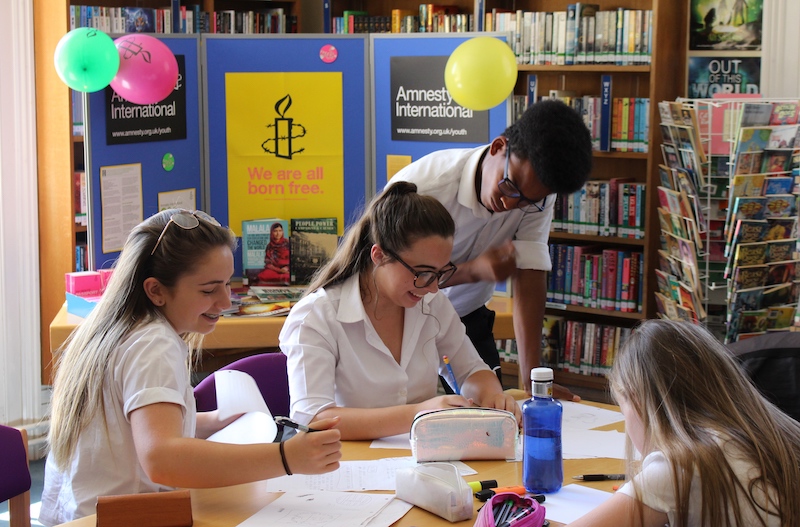 What on earth is SMSC? You may have attended a dozen (virtual) open days and heard not one utterance of this particular acronym from staff or students, yet it underpins every aspect of school life. It is the foundation on which your child’s education will be built and a powerful influence over their life choices well beyond Sixth Form. It will mould their character, shape their relationships and you will witness the success of its effect with a burst of parental pride. So why are schools not telling you anything about it? What is the secret they don’t seem to want to share?

SMSC activities encompass everything taking place in a school which could, or should, have a Spiritual, Moral, Social and Cultural dimension. In practice, this involves everything from language lessons to hockey matches and even fills the spaces in the school day associated with downtime such as co-curricular programmes, evenings in the boarding houses and voluntary work undertaken in pupils’ free time. According to SMS Quality Mark, an organisation offering independent accreditation to schools going above and beyond in their provision of SMSC education, “Spiritual, Moral, Social and Cultural (SMSC) development is the over-arching umbrella that encompasses personal development across the whole curriculum”. Ofsted see it the other way round and consider SMSC as a subset of personal development explaining in their inspection framework that ‘This is a broad concept that can be seen across the school’s activities, but draws together many of the areas covered by the personal development judgement.” What they do both agree on is articulated by SMSC Quality Mark as the fact that successful SMSC provision “requires schools to think about the kind of people we aspire to be, the kind of world we aspire to create and the kind of education we aspire to provide.”

If your school search is making you more familiar than you might like with the mission statements, strategic visions and inspirational straplines which are presented front and centre on so many schools’ prospectuses and websites, the concept of SMSC will most likely be ringing some bells with all you have read about the importance of a schools’ ethos. Ethos is a Greek word meaning ‘character’ and refers to the attitudes, behaviours and spirit that characterise a particular culture or community. Within a school context, character is built, attitudes shaped and behaviours modified by the intangible ethos of the school manifested through its commitment to a robust and much more tangible SMSC delivery.

Some schools have an advantage for the confused parent of being able to offer an ethos that can be evidenced through their historic traditions as much as through their current SMSC initiatives. Forces schools such as Pangbourne College with its naval heritage or The Duke of York’s Royal Military School have a distinct ethos combining discipline and service which supports many of the SMSC values. Faith schools such as the Ampleforth College, where over 75% of pupils are catholic, the school is attached to an Abbey and the Housemasters are all priests, will find it easy to find examples of the spiritual and moral aspects of school life. Quaker schools such as Leighton Park School in Reading welcome all students with a humanist approach to faith embraces both diversity and faith through the Quaker testimonies of simplicity, truth, integrity, peace, equality, sustainability and respect. Its ethos can be evidenced through sustained periods of silent reflection, addressing all members of the community, even the Head, by their first names to promote equality, and adopting a dress code rather than school uniform to support individual choice.

Many schools however don’t have a heritage which has such a strong influence on their ethos and even those that do, cannot afford to ignore the importance of their SMSC provision. Given that it is an inspection requirement, every school you consider should be more than well aware of their necessary commitment to robust SMSC provision, and this provides an invaluable opportunity for you to find out exactly how your offspring’s educational establishment is going to deliver on their promises of turning out a well rounded individual, ready for life beyond school, by the end of the Upper Sixth.

In much the same way as SMSC appears to be the best kept secret of an open morning so it is the best kept secret in a student’s experience of their school. No pupil will ever be told by their coach on the rugby pitch that the adrenaline of a close fought match, the camaraderie of their teammates and the acceptance of a narrow defeat in a gracious, sportsmanlike manner, has given them an experience building social, moral and cultural values. A group of boarding students who give up their weekends to help prepare over 100 Christmas stockings for families in need, as pupils in Leighton Park’s Field House, did last December, do not realise that this is building their SMSC education as much as a discussion on transgender issues in PSHE or an understanding of democracy in Politics.

So if the staff don’t mention it and the students don’t recognise it, how are you supposed to find out whether or not it’s any good? The best approach is almost certainly to ask: but without mentioning the unmentionable acronym!

When you enquire about clubs does there seem to be a balance? Sport, Music, Art and Drama are likely a given but what about co-curricular activities with a spiritual, cultural or moral dimension? At Leighton Park there are after school activities for those interested in Chinese Culture, Amnesty International, Debating, LGBTQ+ and charity work. The hobbies should cater for a diversity of interests; Book Clubs, Baking Clubs, Chess, Lego: all these offer SMSC as much as team sports, orchestra and school productions. Socially are there opportunities for pupils to spend time together in engaging ways? Are there day trips, overseas trips, a prom, celebrations for special or silly occasions (pancake flipping challenge anyone)? Try to dig a bit deeper into what happens at the weekends and in the evenings for boarders: movie nights and board games are not enough! What are the lessons actually like; are pupils encouraged to debate ideas and explore around the topic? When this happens are discussions respectful and productive or confrontational arguments with a grudge born beyond the classroom? And if covid restrictions ever allow you to actually visit a school take the opportunity to witness the interactions between staff and students, between students of different year groups, between students and yourself. However lovely the buildings and the grounds might be, the heart of the school is in the community that inhabits it, and the lifeblood flowing through it will be a culture rich with SMSC experiences. Just don’t tell anyone you’ve noticed!

This article first appeared in the 2021/22 edition of Which London School? & the South-East, which you can read here: