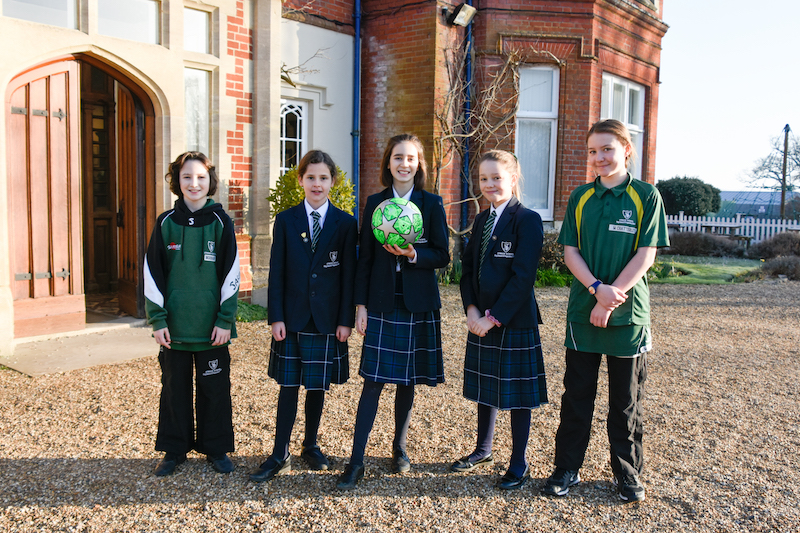 Stroud School in Romsey is excited to announce that four of its pupils have been selected to represent the ‘Prep School Lions’ in the Football World Youth Cup (Gothia Cup) in Gothenburg, Sweden in July.

The girls were selected to play after competing in the 'Prep Schools’ District Football Trials', which took place last November. The set-up, known as the Prep Schools' Lions, is run by teachers from across the region and offer pupils from over 60 Prep Schools the opportunity to access high quality coaching and showcase their skills at representative level. The Year 6 girls were then selected from these trials to take part in the World Youth Cup (Gothia Cup), which is a fantastic international youth tournament held in Sweden.

Jack Parker, Head of Boys’ Games for Stroud, says: “This is the first time there will be a girls’ team within each age group as well as the boys' teams, so it is a great opportunity to showcase the talent we have at Stroud. We wish them all the best of luck and look forward to hearing how they get on.“