What is a diamond school? It's the best of both worlds 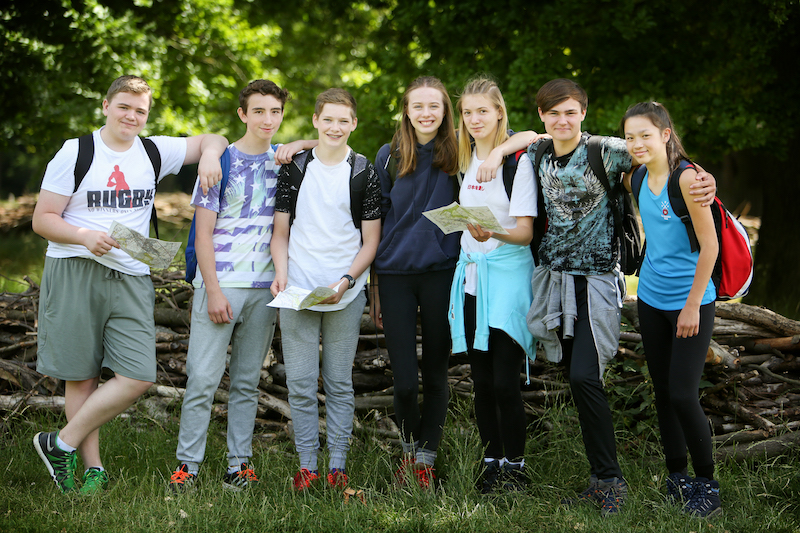 Richard Backhouse, Principal of Berkhamsted School, explains how a diamond school works, and how a mix of co-educational and single sex education benefits students...

We are all familiar enough with the trade-offs associated with most decisions to be attracted by the possibility of, as the idiom puts it, ‘having our cake and eating it’ – or as the French put it, ‘having our cake and our money’. The best of both worlds is an alluring prospect – all the benefits of one course of action, with none of the ‘opportunity cost’ of the alternative foregone. Rarely however, is it possible genuinely to have all the benefits of alternatives. Indeed, readers of the previous sentence may wonder what variety of elixir this snake oil salesman is going to build on such a foundation.

Diamond schools claim to give parents that elusive best of both worlds. The diamond usually means co-education up to the age of 11, single sex education from 11 to 16, and coeducation in the sixth form. The diamond shape therefore illustrates the separation of the genders in these key middle years. There are fifteen such schools in the UK, to my knowledge - and whilst all have their own twist on the structure described above, all also have parents, pupils, staff, and governors who would claim to enjoy both eating and storing their cake.

Where does the benefit of a diamond school come from? The argument for single sex education has always been strongest during those teenage years in which the bodies of boys and girls are changing most rapidly, when body image is most fragile, and when the presence of the other gender in lessons is most likely to cause a distraction. The separation of boys and girls during these years allows each to focus on their academic studies in a ‘safe space’ in which daydreaming around their emergent sexuality is less likely to be in the mind of the pupil. In other words, the student studying chemistry is considering the kind of chemistry that has to do with covalent bonds, various groups of elements and electrolysis, rather than the chemistry associated with catching the eye of the much-admired peer on the other side of the laboratory, or over the bunsen burner. In such circumstances, one might intuitively conclude that the more time a pupil spends on the right kind of chemistry, the better they are likely to do in their Chemistry exams. The same might be said for all the other subjects on the curriculum.

In support of such arguments, single-sex schools have oft advanced evidence to show that exam results are better in such environments than in their co-educational counterparts. There is little published evidence in the form of value-added study to support this, but it is certainly true that the upper echelons of the exam league tables have seen an over-representation of single sex schools since such rankings became fashionable about 20 years ago. Diamond schools seek to capitalise on this advantage – at least at GCSE – and even a partisan observer from a different kind of school would be hard pressed to dispute this.

However, coeducational schools’ response to these arguments has been strong, and pragmatic - universities and the workplace are not single sex, and a key responsibility of schools is to prepare their young for these co-educational destinations. Coeducational schools, they argue, prepare pupils better for the world beyond and after school. Parents choosing between school systems for their children appear to face a choice: single sex for exam results, co-ed for rounded education. Of course, in practice it’s more complex than this - one might find that girls in single sex schools wear less make-up, are freer of stereotype to choose the subjects they want to study, and plan the careers they want to have, without the suggestions of their male peers.

Diamond schools deliver both these benefits of coeducation, via their mixed primary phase sixth form classes and tutor groups. In fact, at some, like Berkhamsted, pupils also mix for extra-curricular music, drama and other activities, including Duke of Edinburgh and CCF, on the school’s trips and on the buses that bring nearly half the pupils to school each morning, even in Years 7-11. In this construct, all the benefits of a single sex classroom experience in the GCSE years, and the benefits of a coeducational environment, can be added together in one place, and in one continuous educational experience.

So why doesn’t every school have a diamond structure? For one thing, it requires a large scale. Many schools find that, particularly in the years in which some subjects are optional (ie at GCSE and A level) putting as many pupils together as possible helps to achieve economies of scale – instead of two sets of 10 studying Latin, one of boys and one of girls, there can be one, with a consonant saving in respect of teacher costs. In addition, it requires provision of classrooms for specialist activities on a girls and boys site - unless the pupils mingle between lessons. For these reasons, diamond schools tend to be in schools where girls and boys schools have historically operated independently. The ‘merger’ of the two schools has therefore allowed economies of scale to be improved, while boys and girls still enjoy the benefits of being taught separately up to GCSE, but can also gain the benefits of a joint sixth form (where the financial benefits from the merger can be significant).

A diamond school allows a school to retain a distinctive girls school and boys school ethos in the 11-16 years, enabling a significant academic advantage to be obtained, whilst also preparing sixth form students for a life after school in which young adults work and socialise with each other without regard to gender. The advantage in academic qualifications is significant in respect of access to university, and the advantage in people skills significant in their eventual workplaces. It really is the best of both worlds - on this occasion, you can have your cake, and eat it.