​Why it’s a great time to be a girl 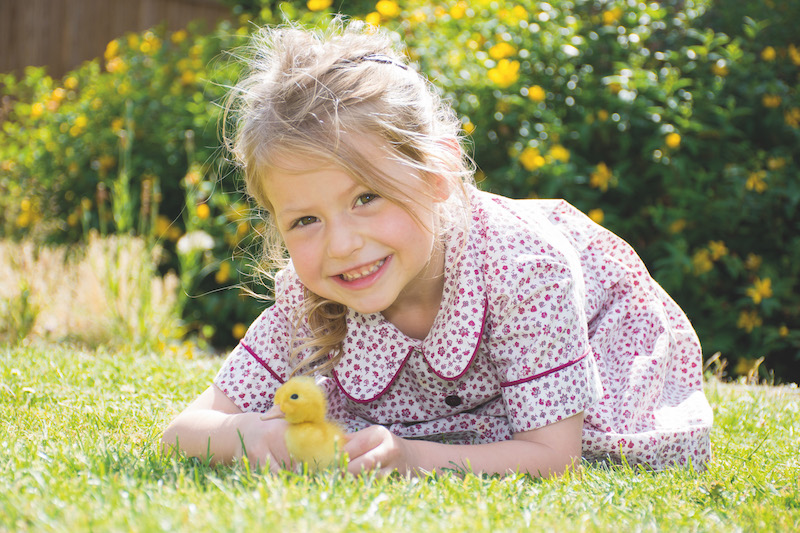 Angela Drew, Headmistress of Bromley High School GDST, says that all-girls’ schools are flourishing, creating the next generation of change-makers...

Fittingly, as we celebrate a hundred years of women’s suffrage, this is turning out to be a watershed year for women. One particularly hopeful sign of the times is the news that this was the first year in its history that the University of Oxford made more offers to women than men. Surely, therefore, less than fifty years after Oxford’s male colleges first voted to become mixed, little girls and boys entering education in 2018 can look forward to the prospect of a future full of equally exciting possibilities. And in this modern world of equal opportunity, what need can there be for all girls’ prep and junior schools?

One answer lies in a recent study published in The Times Educational Supplement. 13,000 7-11 year olds from junior schools across the United Kingdom were asked to draw a picture of the job that they wanted to do when grew up. Charming felt-tipped visions of the future revealed that gender stereotyping around careers is alive and well in the minds of Britain’s seven-year-olds. ‘Hairdresser’, ‘nurse’, ‘dancer’ and ‘fashion designer’ all featured in girls’ career choices, while boys dreamed of jobs such as ‘mechanic’, ‘engineer’, ‘airline pilot’. The most popular choice of careers for small boys is a professional sportsman; the most popular choice for girls is teaching – more sensible, perhaps, but also the safer, more secure option.

Girls’ schools fire girls’ imagination and fuel female aspiration encouraging girls to embrace risk and challenge. Teaching that is tailored to girls’ talents and needs gives them the self-assurance required to reject gender stereotypes and the self-confidence to follow their own quirky, individual path. This nowhere more vital than in STEM subjects (Science, Technology, Engineering and Mathematics). For all the tremendous progress that has been made in promoting girls’ interest in science and technology, still the TES survey found that four times as many junior school boys want to become engineers as girls. This pernicious early divide persists throughout school life, limiting girls’ opportunities to access rewarding, high status careers. The Unifrog website, which has access to over 100,000 Sixth Formers’ university choices, found that computer science, mechanical engineering and physics are amongst the top ten boys’ degree choices but are entirely absent from the equivalent girls’ list. In a girls’ school, girls’ academic choices do not conform to self-limiting stereotypes; in a girls’ school, there is no such thing as a boys’ subject.

Similarly, in boys’ only prep schools, in defiance of the expectation that the limit of a boy’s ambition should be to play Premiership football, the arts flourish. Little boys are eager to join the choir or take a role in the school play because they are actively encouraged to see the value of artistic expression. As a governor of a boys’ prep school, I take great delight in seeing boys’ free-spirited enjoyment of dance.

For those who have never experienced them, the world of the single-sex junior school might be wrongly perceived as a cosy ‘bubble’, cut off from the challenges of contemporary life. But, in reality, single-sex schools succeed because they are consciously counter-cultural. There is little of the pink and prissy commercialised princess culture that makes it through the entrance doors of a girls’ school. At my own all girls’ Junior School, the curriculum is designed to combat the marketing messages which tell girls that their value can be measured in terms of their physical appearance. Robust education in digital awareness builds resilience in girls before they enter the social media world where worth is equated with popularity, where being ‘liked’ has assumed a higher importance than being kind, useful or good.

At every turn, girls’ schools set out to foster in girls a fearless approach to intellectual exploration and physical challenge. Girls are taught the joys of grappling with difficulty, of failing and trying again. Academic tasks are set which require collaboration and creative thinking; activities are designed to encourage imaginative exploration as much as intellectual analysis. Forest School is the perfect way for even the smallest female scientist-in-the-making to learn the joy of discovery in muddy expeditions in search of interestingly shaped sticks and quietly industrious earthworms.

The world is changing – and girls’ schools are nurturing young women who will be the next generation of change-makers. As Cheryl Giovannoni, the Chief Executive of the Girls’ Day School Trust and responsible for more than twenty flourishing all-girls’ prep schools, is fond of saying, ‘it’s a great time to be a girl.’