Why scholarships are such a win-win 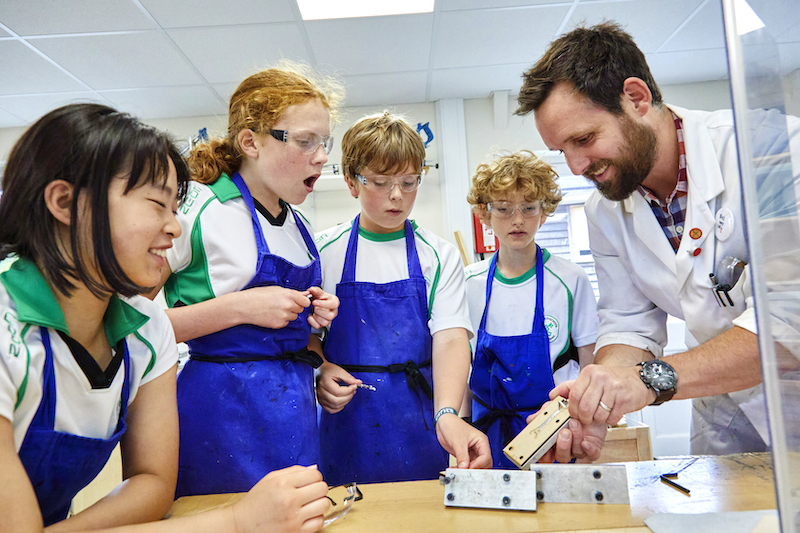 Highfield and Brookham Schools are no strangers to scholarship success

The Oxford English dictionary defines a scholarship as ‘an amount of money given to somebody by an organisation to help pay for their education’.

And that’s where their true value really shines through.

For the pupil, receiving a scholarship offers easier access to education, access to extensive support and guidance in their specialist pursuit, looks impressive on their CV, and not needing to get a part-time job to fund their education frees up more time to study. The pursuit of a scholarship also helps pupils grow intellectually and emotionally.

For the child’s existing prep school, knowing that their pupils have the ability to pick up senior school scholarships is a huge selling point when attempting to attract parents of prospective pupils and is a matter of prestige. It underlines both the quality of teaching and leadership and the calibre of pupils at the school.

And for the senior school, they can gain an advantage over their rivals in the fierce battle for students and breathe easy in the knowledge that their future pupils are of sufficient educational standing and ability that their reputation as a leading light in private education will in no way be tarnished.

Highfield and Brookham Schools, respected pre-prep and prep schools in a beautiful rural setting in Liphook, Hampshire, in the heart of the South Downs National Park, are no strangers to the world of scholarship successes.

In the last seven years alone, more than one hundred scholarships have been awarded to children in Year 8, the final year the children spend at Highfield before moving on to some of the top senior schools in the country, such as Wellington, Eton, Marlborough, Charterhouse and Cranleigh.

These scholarships have been awarded across a variety of disciplines – namely academic, dance and drama, art and sport – and bear great testament not only to the regard in which scholarships are held by the school but to the ability and character of the pupils too.

“Children need to show real love and enthusiasm for their subject,” said John Muhlemann, who has been Head of Scholarships at Highfield for the past three years.

“Senior schools look at the potential of a pupil and want to know that a pupil is of a certain standard academically, but they also want students who can make a real contribution and play a busy role in school life.”

“Prep schools like ours play a huge part in readying children for life at senior school,” said Mr Muhlemann.

“Through expert teaching, a high level of pastoral care and a strong and far-reaching range of extra-curricular opportunities, the scholars leave our programme more confident, resilient and ready to take on any challenge that awaits them at senior school.

“The children are routinely challenged and taken out of their comfort zones. You have to be brave to sit a scholarship. These children are constantly pushing the boundaries of what is possible for their age.”

As well as receiving the very best direction possible in the classroom, scholars are presented with a wealth of life-enriching, eye-opening and educational trips, discussions, workshops and presentations relevant to their particular specialist subject.

For academic scholars at Highfield, for example, that included a trip to the Houses of Parliament to meet Chichester MP Gillian Keegan (whose constituency includes the Liphook school) and a cultural exchange trip to Fontanellato in Italy.

And the maturity and dedication with which the scholars approached their work left a lasting impression on Jane Hamilton, Mr Muhlemann’s predecessor at Highfield, and reinforced the value of scholarship programmes.

“The children were a joy to spend time with. They challenged my thinking, were open to new ideas, and approached everything with enthusiasm and determination. We truly learnt from each other,” she said.

The hard work, commitment and resolve shown by all concerned on all sides of the scholarship programme at Highfield, for one, repeatedly make it a win-win situation for the pupils, staff and school alike. There’s a lesson to be learned there.

This article appears in the 2022 edition of John Catt's Preparatory Schools, which you can view here: