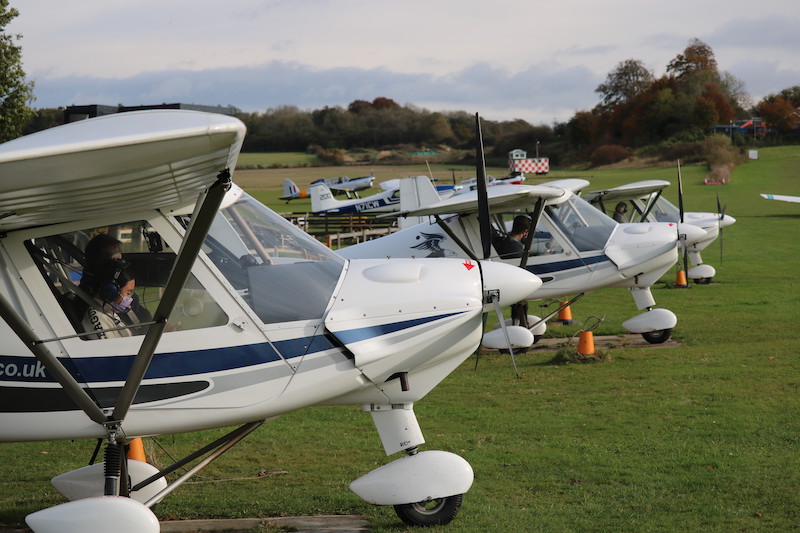 Girls at St Swithun’s School, Winchester, have been keenly following the progress of former student Zara Rutherford’s world record attempt to become the youngest woman to fly solo around the world. Inspired by Zara’s exploits, upbeat attitude and determination to realise her ambition, 51 St Swithun’s students between 11 and 18 years of age have taken up flying lessons as part of the school’s co-curricular programme.

When Zara took off from Kortrijk in Belgium in her Shark high-performance ultralight aircraft in August, her world record-breaking trip was estimated to take approximately three months. Despite challenging weather conditions including snow showers, low clouds and temperatures down to minus 24 degrees Celsius causing lengthy delays, Zara is half-way through her journey and heading south to warmer weather. She is now estimated to finish her circumnavigation and arrive back in Belgium on December 25.

Throughout November, 51 St Swithun’s students are taking to the controls of a two-seater microlight aircraft at the school’s local airfield in Popham and seeing Hampshire from a new perspective. Having overcome their nerves and embraced the challenge, the first group of fledgling flyers came back from their lesson exhilarated with what they had just accomplished.

Headmistress Jane Gandee said; “We are delighted that so many of our students have been inspired to take up the flying lessons through our co-curricular programme. Zara is a courageous young woman who is following her dream and encouraging other girls to pursue theirs. She embodies everything that St Swithun’s stands for and we are so proud of what she has already achieved.”