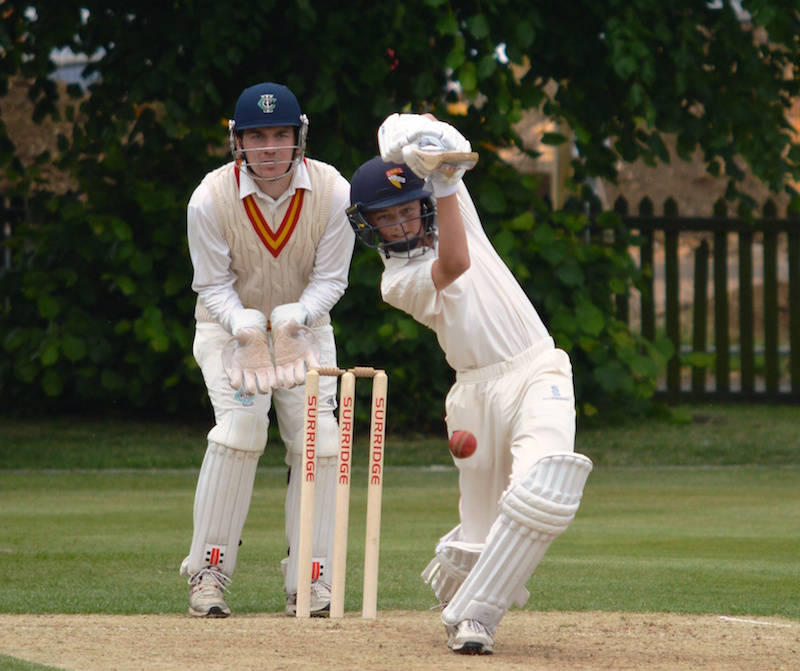 Freddie Fairey, 13, from Norfolk, has amassed a total of 1048 runs representing the school at senior and junior level, whilst successfully captaining the U13A side. This outstanding feat is even more impressive when taking into account that Freddie still has six fixtures to play this season. He has already accumulated four centuries, including a top score of 168 not out, and five half centuries, including three for the senior school, which featured a superb 97 for the 1st XI against Marylebone Cricket Club (MCC). His average currently stands at 116.44!

Whilst his form for King’s Ely has been nothing short of sensational, he has also shone for Norfolk U13 & U14 sides with 308 runs in total, including 124 against Surrey U14s and an 82 for Norfolk U13s against Cambridgeshire.

Ben Edmondson, Director of Sport and Head of Cricket at King’s Ely, commented: “Freddie has shown a fantastic attitude towards his development over the off season. He has completely re-modelled his set up and taken a more aggressive approach to his batting. This, combined with his outstanding mental attitude and desire to score runs, has seen him flourish this season.”

He added: “He works extremely hard at all facets of his game and his achievements for both school and county are testament to his work ethic and attitude.”

Unsurprisingly, Freddie currently stands as the leading run scorer across the whole school, both within King’s Ely Junior and King’s Ely Senior School. It is understood that his current aggregate is a new school record, which will take some beating in the future.