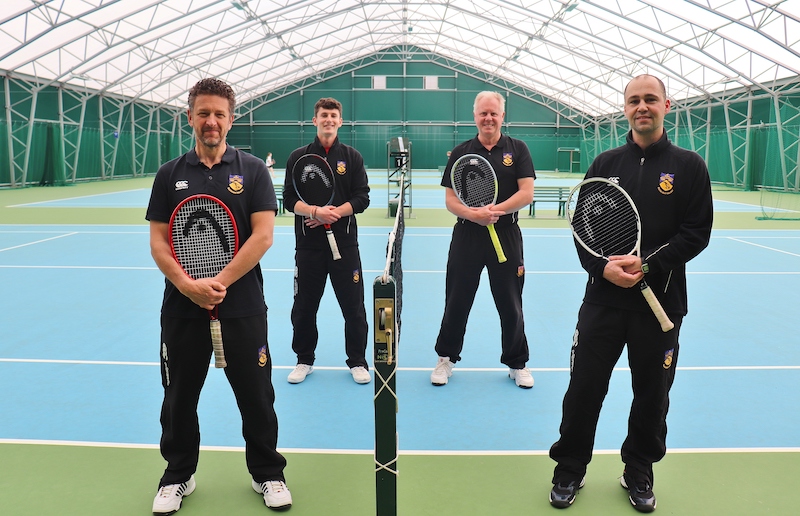 Game, set and match! A Shropshire college is celebrating after acing the opposition to win a prestigious tennis award.

Ellesmere College has won the Education Award (School/School Provider) for the Midlands Region in the 2021 LTA Tennis awards - and it doesn’t end there.

The College will now do battle with the best of England, Wales and Scotland at the national award finals to be held virtually on June 24.

It follows on from being named the best in Shropshire as County Award Winner - one of just 38 across the UK.

Claire Brown, the LTA’s Head of Region - Midlands, said: “Congratulations to Ellesmere College on behalf of the LTA for winning this award. It is an incredible achievement and rightly acknowledges all they do for tennis and the community.”

A spokesman for the LTA Tennis Awards team added: “This is a very special achievement and Ellesmere College should be immensely proud. The LTA Tennis Awards are designed to reward and recognise exceptional contributions made at the grassroots level of our sport. Without Ellesmere College and the work they and their fellow winners do, people in Great Britain simply wouldn’t be able to play tennis and experience all the joy that tennis brings to people’s lives and communities.”

Ellesmere College has long operated a pathway to elite coaching programme and over the last four years a comprehensive tournament programme at their LTA approved state of the art tennis centre at the College, which was adapted to become Covid compliant over the past year.

As inter-school competitions were cancelled, Ellesmere College increased the number of its own tournaments on site to give players opportunities to compete. As the Covid restrictions relax, the College will resume its highly successful community programme including links with local schools and clubs.

At the facilities over 100 students receive private coaching each week, 48 players are in development and performance squads, all students in the school do tennis in PE lessons and tennis is available as an option in GCSE PE.

Players from the Academy have progressed to represent their County and National teams, and achieve National or World rankings. Through Tennis Smart the College also offers a player progression pathway for students to apply for scholarships to play and study at American Universities.

Stephen Welti, Senior Performance Coach and Director of Tennis at the College Tennis Academy, said: “The LTA Tennis Awards are a flagship programme for recognising achievements and promoting the sport on a national level, so to have won both county and regional awards is a major honour. It reinforces the College Tennis Academy's position as one of the leading schools in the region and we look forward to the national awards ceremony with great excitement in June.

“Ellesmere College has a great reputation as a centre of sporting excellence, a tribute to the ongoing efforts, commitment and hard work of the school, coaches and students who continuously strive to be the very best.

“We are delighted to have achieved so much and that this has been recognised in this way by the LTA - the leading light for tennis development in this country.”

The LTA Tennis Awards highlight the achievements and contributions of people to the sport in Britain - recognising the many thousands of inspirational individuals, schools, clubs, coaches, officials and LTA approved tournaments.

For more information on tennis at Ellesmere College visit the website https://www.ellesmere.com/the-schools/all/clubs-and-societies/sport/tennis-academy/.