Boarding School of the Year 2022 for Gordon’s 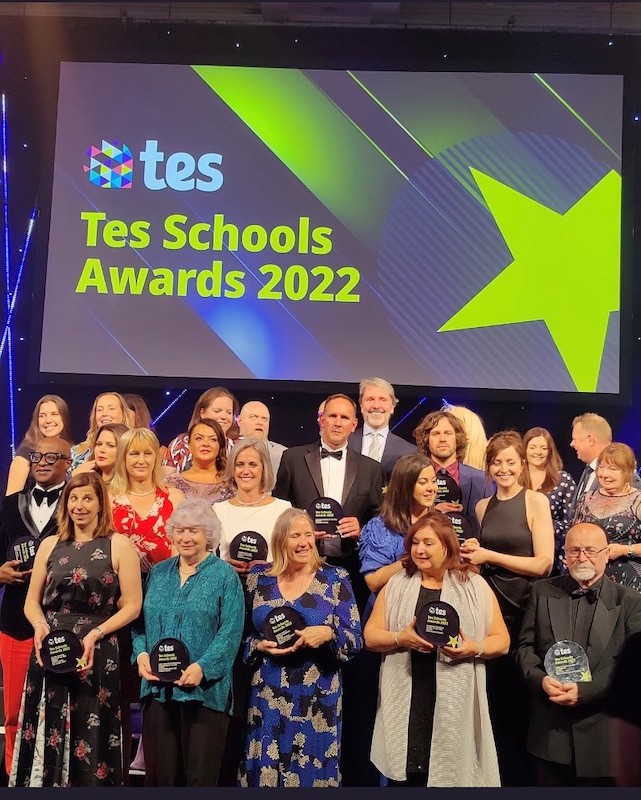 Gordon’s School has been recognised as Boarding School of the Year by the TES (Times Educational Supplement), at an awards dinner held in London on 17th June.

The co-educational, non-selective state day and residential boarding school in Surrey Heath was one of eight boarding schools across the UK to be shortlisted for the category, which included Bedford School, Brighton College and Millfield.

The Awards, described as the ‘Oscars of education’, recognise and celebrate everything that is great about schools and staff. Judges were particularly looking for ‘innovation, imagination and efforts to develop children in ways that go beyond the league tables’.

Tes Editor and Chair of Judges Jon Severs said: “We had so many entries from teachers and schools across the country; choosing the winners was no easy task. Congratulations to the winning schools and thank you to all school staff who do such vital work every day.”

A panel of expert judges, including school leaders, inspectors and education researchers, heard that the school opened in 1885 as a home for necessitous boys and has now become a senior co-educational residential and state boarding school judged ‘outstanding’ by OFSTED in their last four inspections.

As well as being academically excellent, the school excels in co-curricular activities, sport, CCF and the Duke of Edinburgh’s Awards Scheme. Students compete in MUN and public speaking competitions and are encouraged to study for ILM Awards in Leadership and Management.

Every child is encouraged to ‘have a go’ at sport whether Inter-House competitions or against other schools.

A new sports hub and all weather pitch that opened in 2020 has brought further competitive sports to the school and recently Gordon’s has become partners with Harlequins, superleague netball team Surrey Storm, and Vanarama League Football Club Aldershot Town FC.

Durrell Barnes, judge and head of governance and compliance at RSAcademics said: “It’s a state boarding school and they explained well how boarding impacts on the quality of the whole school, and its existence making the school a different place for all of the students, not just the boarders.”

Gordon’s Headmaster Andrew Moss said: “I am delighted that the school has been honoured with this award. It is testament to the hard work and enthusiasm shown by staff and students in every aspect of school life, from academics to sport to the arts and much more.”