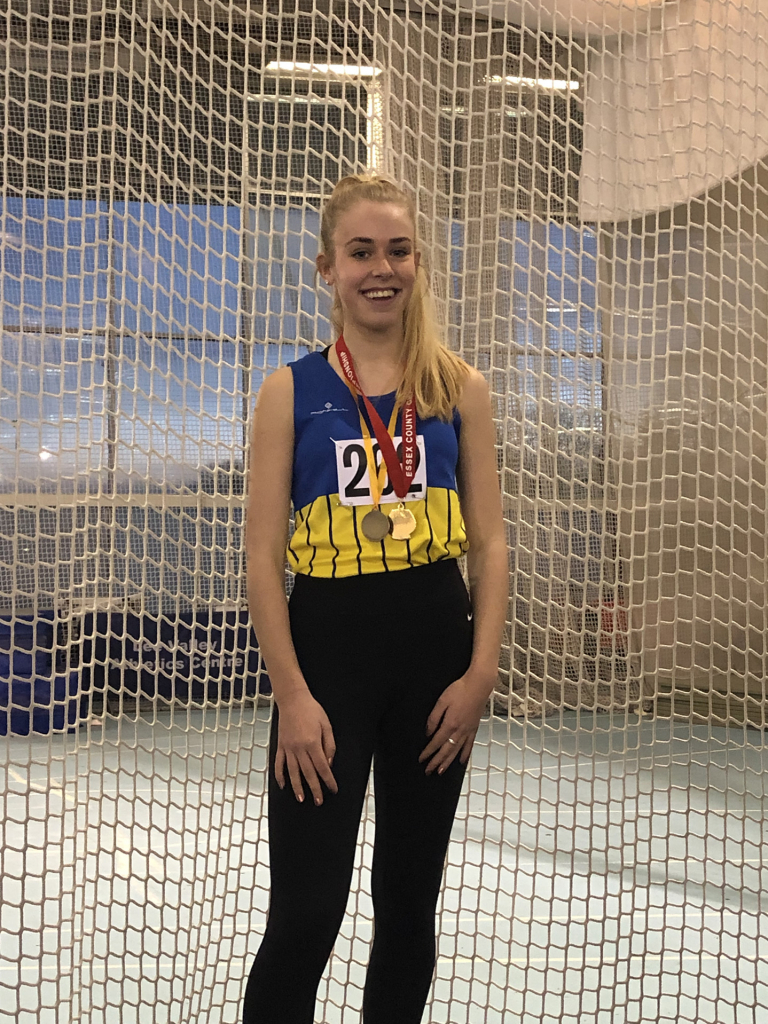 Eighteen-year-old Nicole won the Under 20s’ Triple Jump at the Lee Valley Athletics Centre with a jump of 10.79m. The jump – her new indoor Personal Best – was enough to secure both the Essex and Eastern Counties’ titles.

Nicole, who is in the School’s Upper Sixth, was representing Basildon Athletics Club where she continues to train two to three times per week. Sunday’s (3rd Feb) medal-winning jump was even more remarkable because Nicole has suffered with shin splint injuries on and off over the winter and this was the first time she had jumped in five months.

A delighted Nicole said: ‘I am pleased to be making a full recovery and hope that I continue to be successful in both future competitions and progress with competing for my county.’

As for the future, another Essex call up could be on the cards, especially as Nicole represented Essex Senior Ladies against the Southern Counties last year. She is also hoping to secure a place at a top university – with specialist Triple Jump coaching and conditioning – which will see her pushed to even greater lengths.