Brentwood School's Much Ado About Something 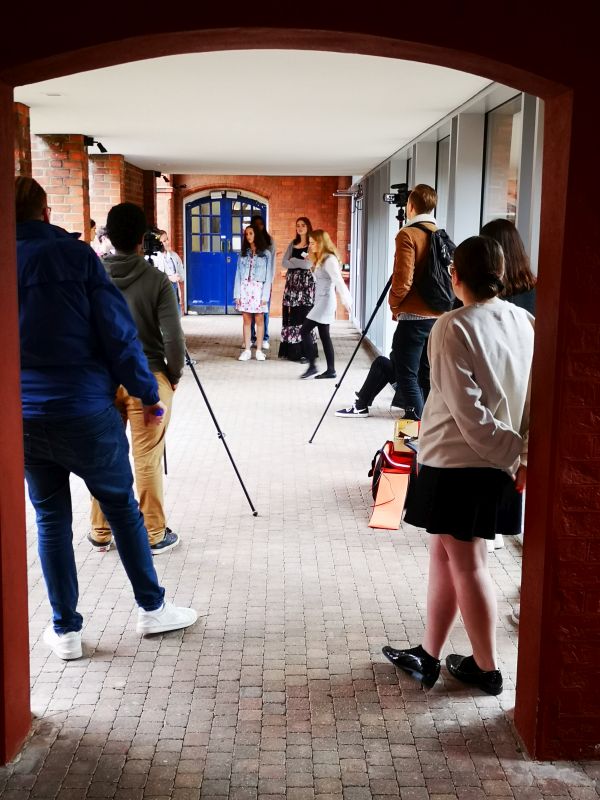 The School’s young actors, performing Much Ado About Nothing, will join pupils from hundreds of schools across the country taking part in #OneNightofShakespeare which will go live on YouTube at 7pm.

One Night of Shakespeare is an ambitious and exciting new initiative, part of Coram Shakespeare Schools Festival 2020, aimed at helping children and communities reconnect and rediscover how Shakespeare and performance can enrich and inspire.

In a unique year, with the UK’s theatres closed, Coram SSF pledged to keep creativity and drama on the agenda: “Arts venues may be closed – but the young people of this country will stage an extraordinary night of performance. Through the biggest theatrical event of the year, together, we’ll show how our children and our teachers are the best hope for the future.”

Filming for Much Ado About Nothing took part in the School’s nationally-acclaimed Performing Arts studios and the School’s Victorian Chapel. It is apt that the culmination of the project coincides with World Children’s Day.

Brentwood School Second in Drama, Mrs Sophie Hermosa, said: “The students have worked so hard in order to pull the performance together in these extraordinary times. Although we haven’t had the chance to perform live, we have had the opportunity to film the performance in a site specific way and to work on completely different skills. We are so excited to be a part of this fabulous project and I think Coram Shakespeare Foundation have created an amazing experience and night against all odds!”

Tonight’s full performance can be viewed live on the Brentwood School YouTube channel at 7pm just before the Music Department’s Chamber Concert at 8pm.

On their national platform, Coram SSF will host show clips, rehearsal footage and student interviews from schools across the UK, including Brentwood School. Their livestream also goes live at 7pm.