Churcher’s College’s invitation to the palace – that’s Buckingham, not Crystal! 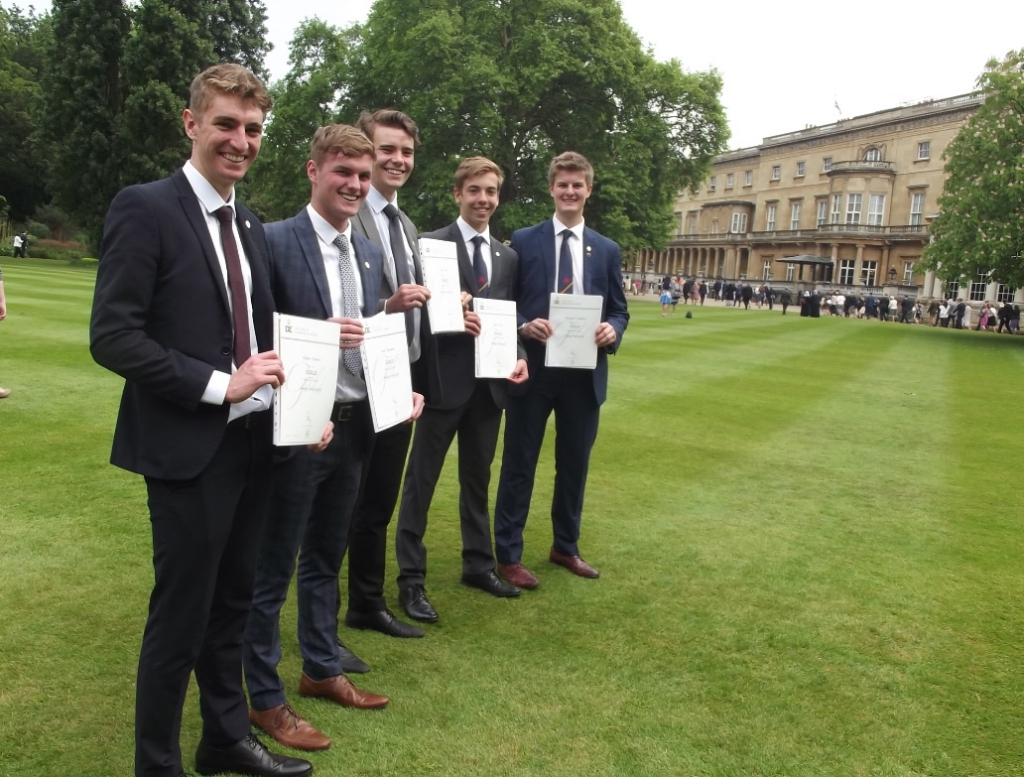 The Duke of Edinburgh’s Award (DofE) held a Gold Award Presentation in the grounds of Buckingham Palace on Wednesday 24th May to mark the achievement of 3000 young people from across the UK, including five very proud Churcher’s College pupils: Alex Andrews (U6), Ethan Francis (2017), Julian Greig (U6), Jack Thompson (2017) and Owen Tutt (2017). We were also lucky to be invited as Special Regional Guests along with Rob Snowball.

We arrived at Buckingham Palace in good time to enjoy the delights of Her Majesty’s garden, an incredibly tranquil space in the midst of such a busy and noisy city. A little later, HRH Princess Beatrice of York joined our group and spoke warmly to some of the young people about their DofE experiences and managed to make everyone feel relaxed, even eliciting a few laughs from some in the group. She asked Owen, Jack and Ethan about whether they had any particularly memorable expedition experiences in the Lake District – however, they weren’t about to disclose to us what their reply was that made her smile so much!

Congratulations to them all for showing commitment, determination and resilience to achieve their Gold Award.