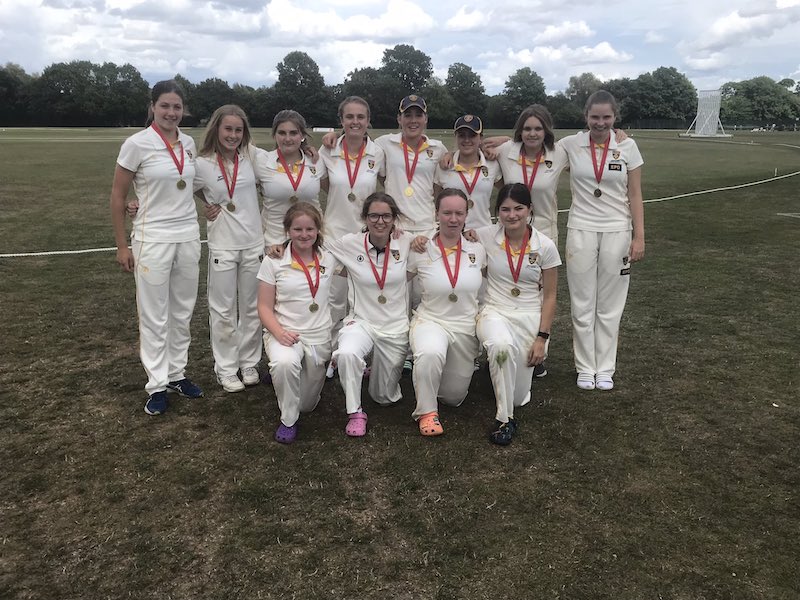 Cranleigh School's U15 Girls' Cricket team are celebrating after winning the Surrey Cup.

Alleyn’s won the toss and elected to bat but soon found themselves in trouble against Cranleigh as Eloise D. and Caitlyn B. took early wickets to leave Alleyn’s 4-3. An excellent direct hit run out from Abby S. continued Cranleigh’s dominance before Cara M. was brought on to bowl, she ripped out the Alleyn’s middle order taking five wickets for six runs from her four overs. Alleyn’s were eventually bowled out for 58. Cranleigh began their innings slowly but without losing early wickets, Grace C. then started to get going hitting a number of boundaries. Although she fell for 23 the girls cruised home to win the Surrey Cup by seven wickets.

Cranleigh's Head of Girls' Cricket, Mr Gareth Pritchard, said it was "a fantastic end to the season".