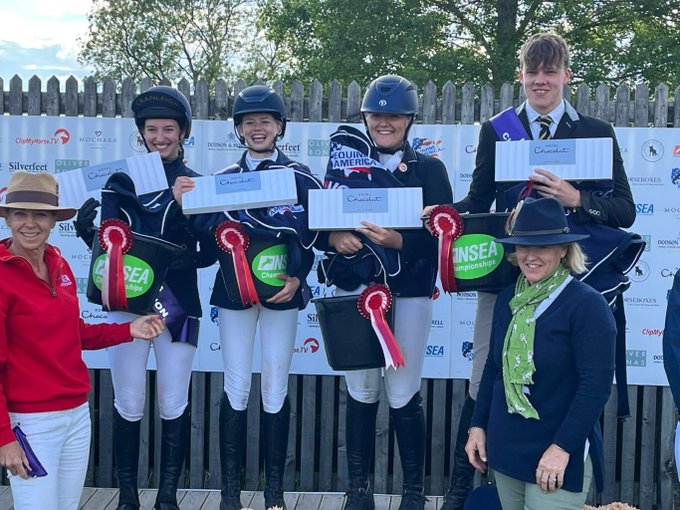 Cranleigh School riders started the half term break with a three day National Schools Equestrian Association Championship at the iconic All England Jumping Course at Hickstead. In addition to representing Surrey in the National County Dressage and Show Jumping Championships, they had teams competing in the National Eventers Challenge Championship.

It was the Open Eventers Challenge team of Tom Smith, Issy Hollidge, Lucy Le Masurier and Tara Moore who brought the weekend to a climactic ending when they were crowned National Champions. Cranleigh's Head of Riding Chris Allison said: "Only two teams posted zero scores over the challenging course, which started with a show jumping section and was followed by a cross country section of solid fences, ditches, lots of skinnies and a water complex that caused problems for many riders. The Cranleigh riders not only negotiated the technical course in style but the combination of their three best riders finished closer to the optimum time by 21 seconds than Brentwood School who took second spot".

In the County Show Jumping competition the open team were in action again, reaching the jump-off between the top eight teams. Scores are accumulated over both rounds, with time playing a part too. In the end it was a sixth place for the team of Tom Smith, Tara Moore, Issy Hollidge and Katie Clyne, with Tom then going on to bronze medal position in the Advanced Open individual section. Darcey Blaze Marcus enjoyed success in the 85cm class, taking fourth spot after a fast and furious jump-off between the top eight riders after round one.