Ground-breaking technology is a game changer at Framlingham College! 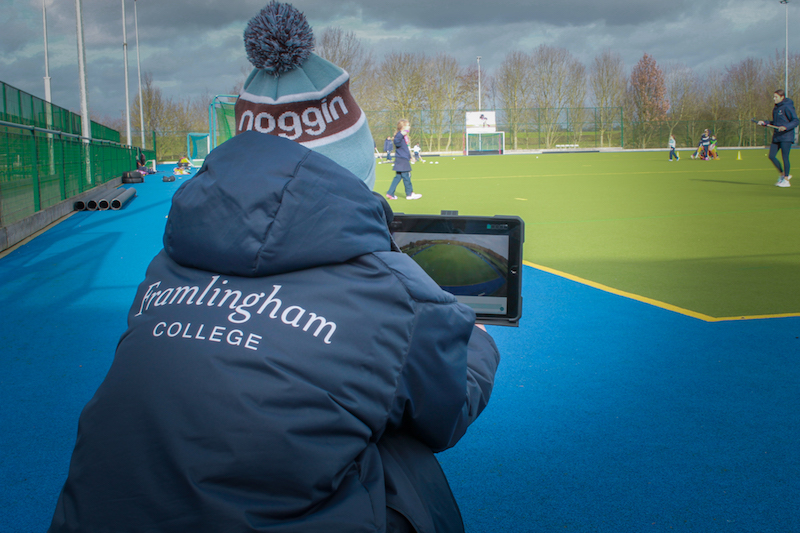 With 6 teams qualifying for National Indoor and Outdoor Hockey Finals this year; 8 Boys and Girls representing England and Wales at U16 & U18 levels, and a further 14 involved at the England Hockey Performance Centre; five former pupils winning 100% Hockey Scholarships to top universities in the United States (including Stanford); one ex-pupil on the GB Women’s U23 Development Programme and another recently named in the full South Africa squad for the forthcoming Olympic Games, Framlingham College is already making a significant mark on the national hockey stage. With the installation of the most sophisticated video technology, however, it threatens to raise the calibre of its Hockey Programme to another level altogether.

‘The benefit of this video system is going to be enormous - game changing, in fact!’ (Jamie Kingstone: Head of Hockey and former England Men’s U21 Assistant Coach).

The ‘360 Sports Intelligence’ system being introduced at Framlingham College, with nine cameras strategically located around the perimeter of its premier artificial pitch, will allow for a genuine 360 degree viewing of matches and training sessions in HD. It is the first of its kind in the UK and, with no personnel required to man the system, it can be used to benefit FCPS and Senior School pupils (7-18) across a variety of different sports, most notably hockey, cricket and rugby. Most of the cameras are positioned end-on in order to provide a tactical view of the game. This will help teams and individuals in their post-match analysis, as well as during and after training sessions. The system also provides live video streaming during matches, which can be accessed instantaneously by coaching staff on the bench using an iPad, or during half-time team talks.

‘The number of cameras we have here means we can change angles left, right and centre, providing a broad scope of the pitch, rather than the one fixed angle that teams have been used to in the past’ (Sam Rowe: Coach and Royal Antwerp HC & Wales Men’s Performance Analyst).

For parents and supporters unable to make the match or the live stream, this ‘360 Sports Intelligence’ system automatically produces a highlights package which will be routinely screened in the Fowler Pavilion and shared across College platforms. An extra camera along the side of the pitch which automatically tracks the ball is also to be installed. This is a first for hockey anywhere in the world, so it is particularly exciting to think that Framlingham College parents and pupils of all ages will be the primary beneficiaries of such ground-breaking technology!