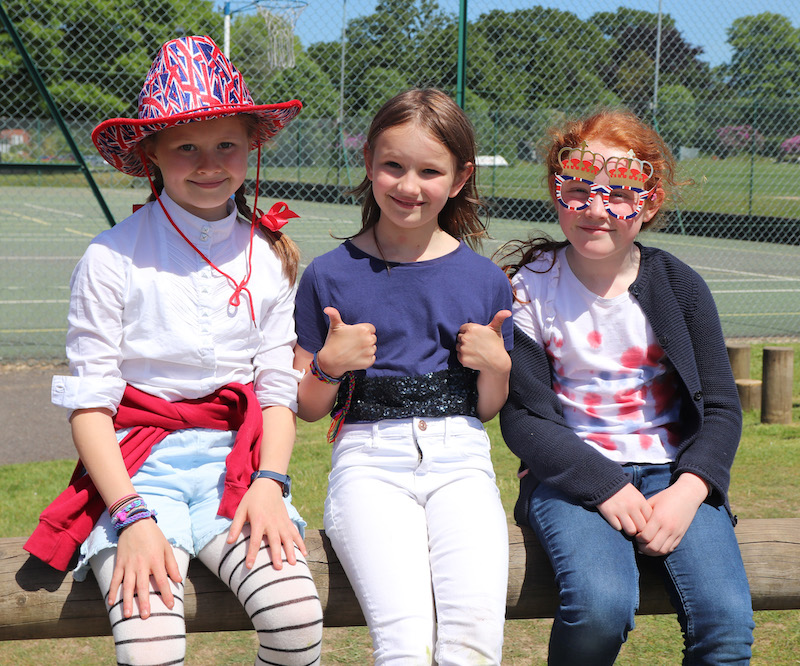 Charitable children at Highfield and Brookham Schools, an independent school in Liphook, have had double cause for celebration.

While flying the Union Flag and hanging out the bunting in honour of the Queen’s 70 years on the throne, Highfield and Brookham pupils also put their best feet forward for a sponsored walk in aid of Highfield Highreach Holidays.

Joined by parents, grandparents, school staff and assorted four-legged friends – many bedecked in patriotic red, white and blue – the willing walkers raised a tidy £1,420 for the school’s beloved charity which provides week-long residential breaks for children and young adults with physical and learning disabilities.

The Highfield children walked up to 5k through the school’s expansive woodland while the younger pupils at Brookham did their bit for the cause over a much shorter but equally enjoyable route.

Children had set the patriotic scene by making colourful flags and bunting, which proudly fluttered around the school grounds, as well as snazzy crowns to mark seven decades since Her Majesty’s coronation in 1952.

And Brookham children were also in fine voice for an outdoor concert in front of proud parents and grandparents before heading out on their fundraising walk, which finished with a jubilee tea at the Oak Leaf Café. 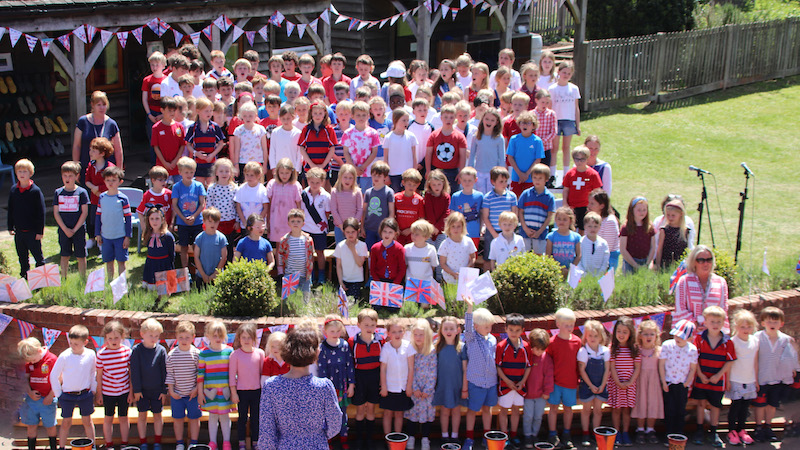 Highfield Headmaster Phillip Evitt said: “There is always something incredibly special about a royal jubilee and some of us have had the opportunity to celebrate more than once the Queen’s wonderful long reign. But for the children at Highfield and Brookham, it’s their first experience of such an outpouring of national pride and joy and it’s something that I have no doubt will linger long in the memory for a good many of them.

“It was a wonderful day with a riot of colour and it was a delight to share it with so many parents and grandparents who came along to celebrate with us and help raise a super amount of money for our Highreach Holidays charity, which is so dear to our hearts.”