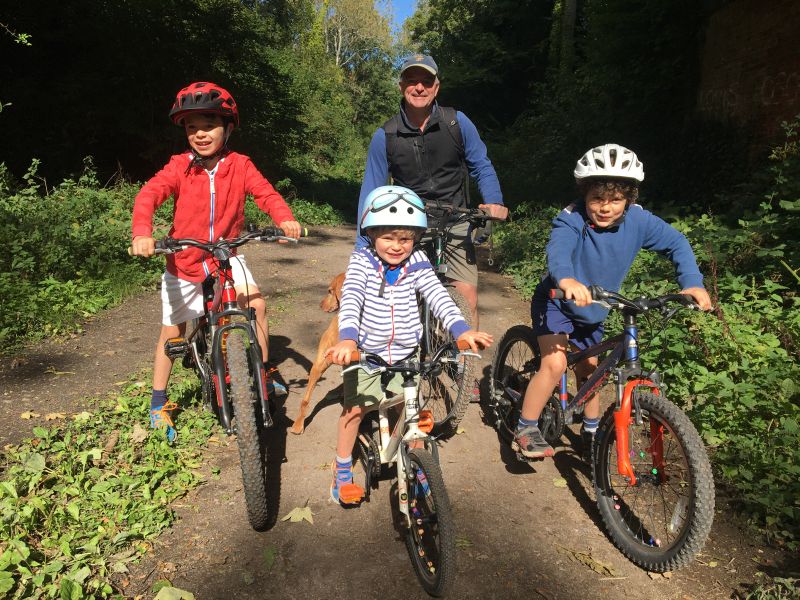 Last weekend three brothers from Selborne, Hampshire completed a charity bike ride. Collectively they covered 90km, which was split equally between them and their dad, Richard. Ted, age 8, William, age 6, and Harry, age 4, who are all pupils at Highfield and Brookham Schools in Liphook, were inspired to raise money for The Prince’s Trust after a recent trip to Winchester.

Candida, the boys’ mother told us; “When we went to Winchester during the summer to buy school shoes, Harry saw his first homeless person and has talked about him many times since. Not a week goes by without us talking at length about homelessness; it’s made a real impression on him.”

The Prince's Trust was founded in 1976 by Prince Charles to help vulnerable young people get their lives back on track. It supports 11 to 30-year-olds who are unemployed and those struggling at school and at risk of exclusion. The boys set out to raise £100 but have now raised over £1000 for The Prince’s Trust. But Harry really wanted some of the money to go directly to the man he’d seen in Winchester.

Candida continued; “Harry is desperate to give it in person - it’ll only be a small amount. It has turned into something much bigger than we were originally expecting. I’ve actually never donated to a homeless person before so, it is a wonderful experience to be taken on, for the first time, by my 4-year-old son!”

Sadly, when they returned to Winchester, they couldn’t find the young homeless man. Harry could remember exactly where he saw him before but there was no sign of him or any of his belongings. They did, however, chat to another man who was in a shop doorway and is sleeping on the streets. Harry gave him a big blanket, a couple of blueberry muffins, a chocolate bar, an apple, a newspaper, a teddy rabbit and some money. The man’s face literally lit up and he was hugely grateful - even for the rabbit!

He explained to Harry; “I get a bed and a hot meal from time to time, via an incoming message on my phone, but most of the time I am sleeping on the streets.”

Harry felt that he had made this man’s life a little better even if just for a few minutes. At Highfield and Brookham Schools, where the three boys are pupils, children are encouraged to fully engage with the wider world and to find the part they will play in society and as global citizens.

Mrs Sophie Baber, Headteacher at Brookham School said; “We encourage all of our children to develop compassion and understanding of others. Ted, William and Harry are fantastic role models for this and I know many others will follow their example.”

To find out more about Highfield and Brookham Schools and their community ethos visit highfieldandbrookham.co.uk.