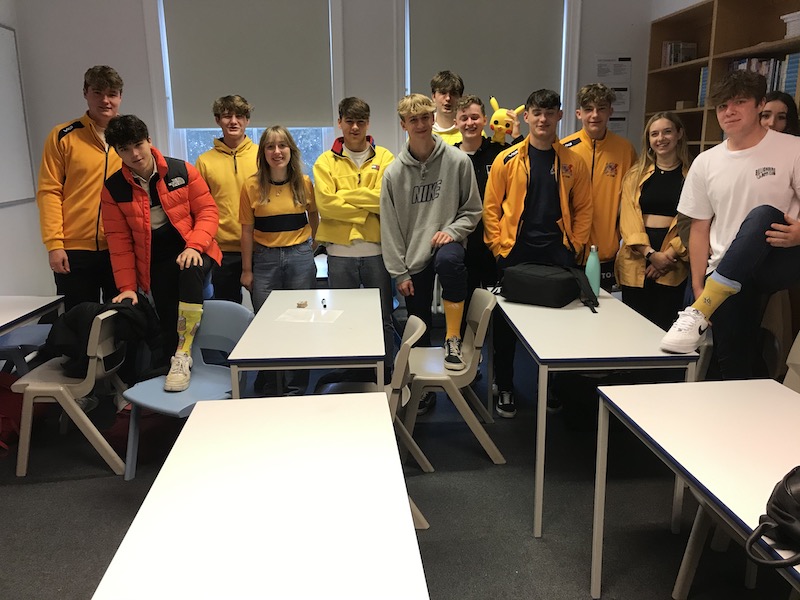 On Friday 8th October, Sixth Form students at Ipswich School swapped their suits for an array of yellow in support of Young Minds.

The idea of fundraising for the charity was proposed by students in the Sixth Form - they felt the #HelloYellow campaign was an incredibly important charity that needed to be recognised within the school. Mr Cliff, Head of Sixth Form felt that this student-led proposal was “heartwarming”.