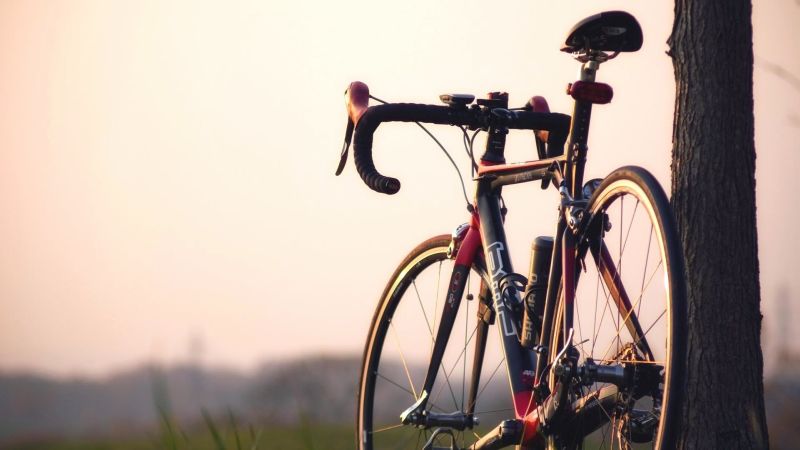 A teacher from King’s Rochester has spent the last seven weeks of term cycling nearly 20 miles a day on an exercise bike to travel the route from John O’Groats to Lands End to raise money for NHS Charities together.

Mr Metcalfe, the Head of Senco and Housemaster in the boys Boarding House was challenged to take up the 874 mile journey by the boy international and national boarders who have all returned home following the Governments enforced shutdown of Schools.

To keep spirits high, Mr Metcalfe regularly holds video meetings with the boys and they hit upon the challenge after noting the now unused exercise bike in the corner of the boarding house.

Starting his journey in Scotland on 1st April, the irony of which is not lost on him, Mike relocated the exercise bike from the School to his house, set up a fundraising page and plotted his course aiming for just over 20 miles a day aiming to finish before the end of term on Friday 22nd May 2020.

On Wednesday 20th May, two days earlier than scheduled, Mike crossed the virtual finish line cheered on by his wife. To date Mike has raised over £600 for NHS Charities together and you can donate on his page here: https://www.justgiving.com/fundraising/michael-metcalfe3

Ben Charles, Principal of of King’s Rochester said: “Mr Metcalfe has epitomised the key principles of the Sports department at King's - resilience, passion, ambition and work rate - by beating his target time for the 874-mile journey to Land's End by two whole days! An absolute triumph. Well done Mike”.

Mr Metcalfe said, "To paraphrase Sir Steve Redgrave “if anyone sees me go anywhere near (an exercise bike) in the future, they have my permission to shoot me!”. I finally completed my journey, with 874 miles cycled and lots of money raised for NHS charities. I hope that money raised will help those who have been on the front line during this terrible situation. My thanks to those who sponsored and supported me".

You can watch Mike finish his challenge on the school website here : https://www.kings-rochester.co.uk/about/news or alternatively on the school Boarding twitter feed – https://twitter.com/Kings_Boarding