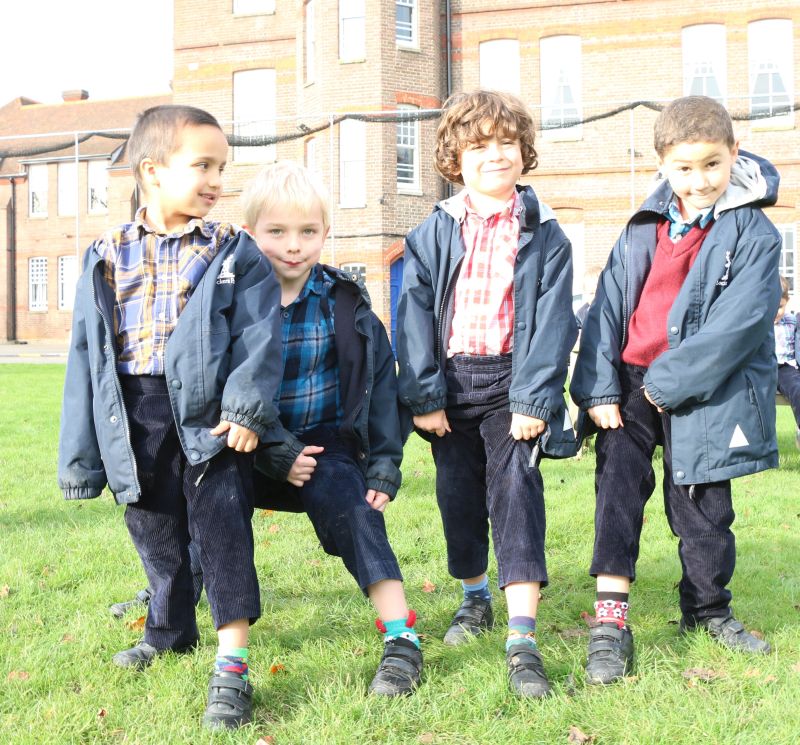 Pupils and staff at Lockers Park School swapped their usual navy-blue uniform socks for two odd ones as they joined in a national initiative organised by the Anti-Bullying Alliance.

Odd Socks Day is part of Anti-Bullying Week, which encourages children and young people to wear odd socks to school to celebrate their differences. With the theme ‘United Against Bullying’, this year’s campaign seeks to bring school communities together to raise awareness of bullying prevention. Recent events have seen lives turned upside down, and being part of an inclusive school community that stands up against bullying is empowering for pupils to be part of.

Lockers Park Headmaster, Christopher Wilson observes: “This is the fourth year we have participated in Odd Socks Day, and pupils were keen to embrace the united theme, which was raised at assemblies throughout the week. The galvanising, positive nature of this campaign, focusing on the combined strength of the school community supporting one another, perfectly embodies Lockers Park’s school values of inclusivity, respect, tolerance and kindness.”

Lockers Park is a day and boarding school for boys aged 4 to 13. Situated in Boxmoor on the outskirts of Hemel Hempstead, the school holds an excellent academic reputation, priding itself on preparing pupils for the country’s leading senior schools. Visit www.lockerspark.herts.sch.uk/admissions for further information.