Posted on 3rd May 2022 in School News, Competition, Sport, Winners 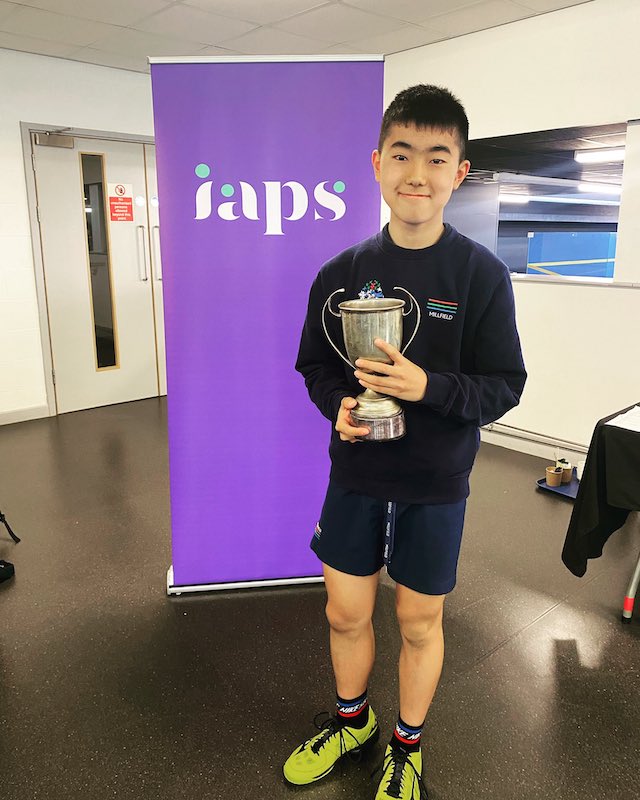 Year 8 pupil Shunsaku travelled to the University of Nottingham for the championships, and clinched the title without dropping a single game in the process. The budding sportsman, who was Head of Millfield Prep School for the spring term, had previously won the same IAPS title at U11 level.

Fellow Year 8 pupil René also travelled to Nottingham for the competition. René was able to win silverware in both the boys and girls event, ending a successful outing for Millfield Prep.

Millfield Prep School has a comprehensive squash programme, that encompasses PE lessons, fun lunchtime and after-school sessions, which take place on the four squash courts on the Millfield Prep Campus. Aspiring performance-level players are able to access the Senior School programme, and can take advantage of the opportunities that Millfield provides to take part in domestic and international competition.