Moreton First chase away the winter blues with a Festival of Literature! 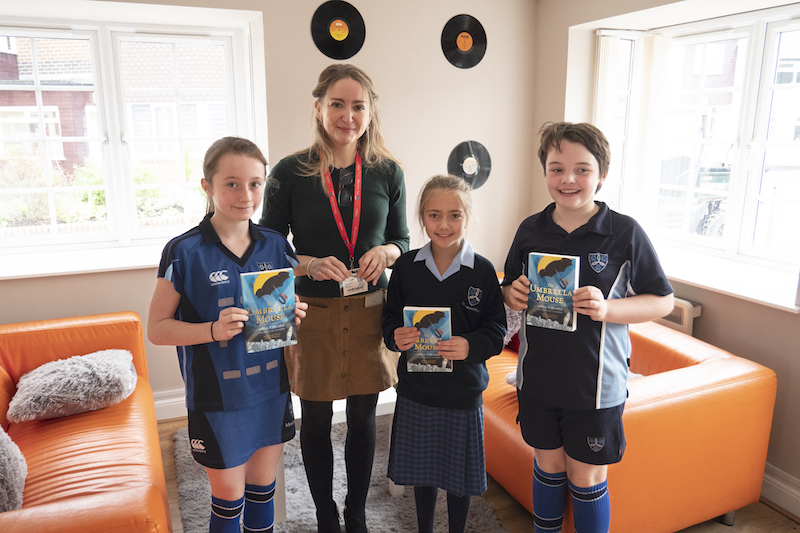 On a rain-drenched day with darkness falling earlier and earlier, what better way to chase away the winter blues than curled up with a book or two. That’s certainly a view shared by Moreton First pupils who were spoilt for choice when an Autumn Mini Literature Festival for Years 5 and 6 was an opportunity to meet not one but two fabulous authors to hear all about the ideas behind their new books.

The first author was the best-selling children’s author R J Palacio whose global bestselling ‘Wonder’ was also made into a major movie starring Julia Roberts and Owen Wilson. Year 5 and 6 joined pupils at Oswestry’s Woodside School to hear about Palacio’s latest work. ‘White Bird’ is a graphic novel focused on Julian, Auggie Pullman’s classroom bully who fans of ‘Wonder’ will remember and who is seen in a new light as he discovers the moving and powerful tale of his grandmother, who was hidden during the Second World War.

Moreton First pupil Alexa enthused: “R.J Palacio talked about what inspired her to write books. She has written three books:’ Wonder’,’ White Bird’ and ‘Auggie And Me’. I really advise you to read them. In her session she talked about her new book, ‘White Bird’ and then she had a long question and answer session. It was great to meet her!”

Moreton First pupils were immersed in the timeless tale of courage, resistance and friendship. The heart stopping adventure set in 1944 London under attack, describes how young mouse Pip Hanway's safe and quiet world is turned upside down when her home, umbrella shop James Smith & Sons, is destroyed by a bomb.

Orphaned and alone, Pip begins a perilous quest to find a new home. But the only way to get there is by joining Noah's Ark, a secret gang of animals fighting with the resistance in France, operating beneath the feet of the human soldiers. Danger is everywhere and as the enemy closes in, Pip must risk everything to save her new friends.

Anna described her love for writing and how she created her first book, on her iPhone notepad during her daily commute on the London Underground. Following its launch it was selected as Waterstones Book of the Month and winner of the 2019 Sainsbury's Book Prize for Fiction.

Moreton First pupil, Amelie, said: “I enjoyed listening to her speak about what had inspired her to write her novels.” Matilda adds: “I really enjoyed how Anna interacted with us because she showed us how to send a secret message using invisible ink with a white birthday candle and food colouring. Anna Fargher also told us about all the characters in her book and how she made them up. All the characters were based on real people in the French resistance. It also moved me that she was inspired to write the umbrella mouse because her grandfather fought in the war.”