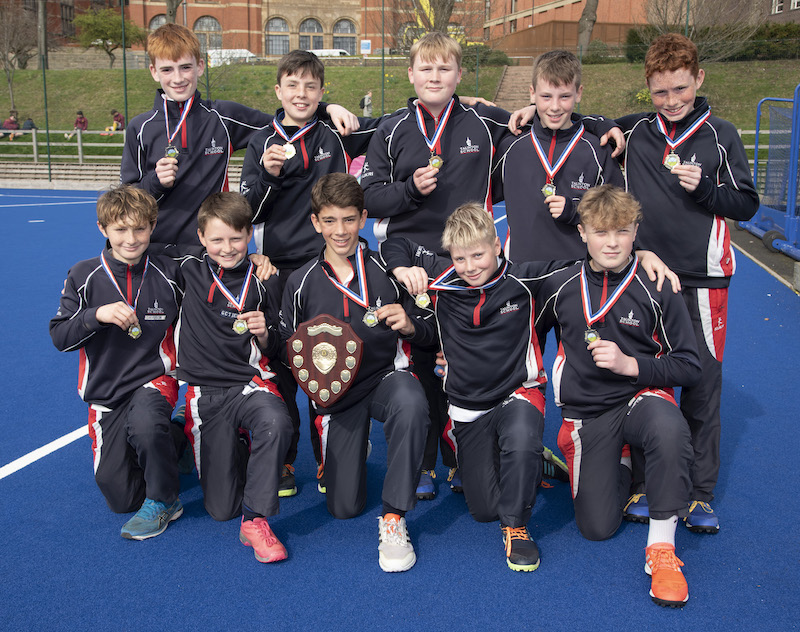 Taunton School is celebrating this week after its Under 13 hockey team came 1st in a national schools’ competition.

The victory adds to Taunton School’s accolade of being the only school in history to have three teams in the final of Inspiresport’s Independent Schools Hockey Cup.

Following the U13 win, Taunton School’s U15 team came 2nd in the country in their category and the U19 team placed 4th in the competition which took place at Birmingham University, at the venue set to host the hockey at the Commonwealth Games.

First Team Captain Jacob Pengelly, 17, said: “What an achievement it is for Taunton School to get three teams to final. The youngest and most successful team, the under 13s, deserve a special well done. They led the way with their determination, hard work and high morale to become two-time national champions and still remain unbeaten.

“Taunton School is the first school in history to enter three teams to the competition, so I’d like to say a special thanks to the coaches for their valued efforts and giving their time up to get the teams as far as possible.

“Overall, everyone played to the best of their ability, but most importantly they enjoyed the experience at the same time.”

Mr Elliot Foweraker, Director of Hockey at Taunton School in Somerset said: “It’s exciting for the U13s to win. They played brilliantly on the day and have been a talented team for many years. To have three teams in the final is a massive achievement and wonderful for the school.”