Why choose an international school?

Posted on 13th May 2022 in School News, International Education, Which London School? 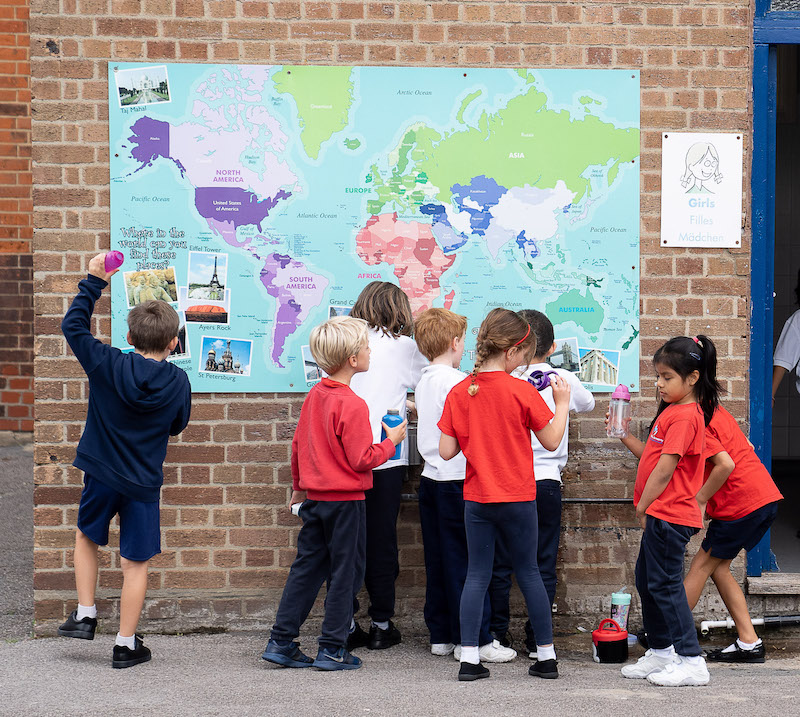 The Lycée Français Charles de Gaulle in London is a fine example of cultural inclusion with a strong anchoring in a national heritage.

The benefits of a bilingual education have been repeatedly evidenced by numerous studies pointing to improved mental health, enhanced cognitive skills and amazing communication abilities opening up global opportunities. At international schools, the target is even more ambitious: multilingualism.

Multilingualism – At international schools, multilingualism is the norm. Within the school community, many nationalities and native tongues coexist, making up a rich cultural environment to grow up in. At these schools, languages are as much study topics as they are vehicles for informal communication. In London, the Lycée Français Charles de Gaulle is a fine example of cultural inclusion with a strong anchoring in a national heritage. With its main setting located in a very French London area, it welcomes over 40 nationalities and delivers various curricula to its 3,450 pupils spread over 4 sites. As part of a global network of 552 French schools in 138 countries, the AEFE (Agence pour l’Enseignement Français à l’Etranger/Agency for French Education Abroad, run by the Ministry for Europe and Foreign Affairs), the Lycée offers a wide range of languages beyond French and English. Most pupils learn at least another one to choose among Spanish, German, Italian, Arabic, Russian and Ancient Greek or Latin.

Multicultural – Another strong suit of international schools is the ability they have to combine the best in each education system: their native one, the local system and international features. Enriching a national curriculum with different approaches allows pupils to develop more skills in terms of adaptation and cultural awareness. For example, pupils at these schools will not only study the history of one country, but at least that of two, thereby learning about various perspectives, traditions and rituals. At the Lycée, Remembrance celebrations thus involve both British and French symbols (i.e. poppies and cornflowers). This fusion of cultures is palpable at all levels from school meals to lessons content and teaching methods. Not only do pupils come from very diverse backgrounds, but also teachers and other staff, which brings variety and open-mindedness.

Excellence – This ambition of delivering rich curricula, of broadening horizons and of combining the best of each system naturally leads these schools to uphold high academic standards. As at any independent school, each pupil receives the best support and enjoys an ideal environment to thrive and progress at their own pace. Success is fostered from the start, avoiding counter-productive pressure or stress with pastoral care being as important as state-of-the-art facilities or inspiring teaching.

Strong values – With excellence and diversity at their core, international schools promote robust values of tolerance, effort and above all insatiable curiosity. Charitable work, community engagement, peer representation, mutual support are all encouraged so pupils can develop personal skills which are not taught as school subjects. At the Lycée, pupils take part in all decision-making bodies, representing their peers as elected members of all committees and boards to voice their opinions and take an active part in improving school life and pupil experience. They also have a charity supervised by adults where mainly pupils carry out actions and fundraising operations.

Beyond the classroom – Offering a wide range of “traditional” academic topics including all humanities and science, these schools also have a strong focus on the arts and sports as well as on extra-curricular activities helping pupils become well-rounded citizens. There are many opportunities for international sport competitions, connections with performers, artists, intellectuals and other inspiring individuals willing to share their experience.

Seamless mobility – The global opportunities open to all multilingual pupils start from their first years at school. By definition, international schools can be found everywhere. Families who occasionally or regularly relocate abroad are seeking stability for their children. International schools can offer that where the curriculum and many aspects of its delivery will be quite similar from one international school to the other, allowing for swifter and smoother transition and adaptation without borders.

This article first appeared in the 2022/23 edition of Which London School? & the South-East, which you can read in full below: