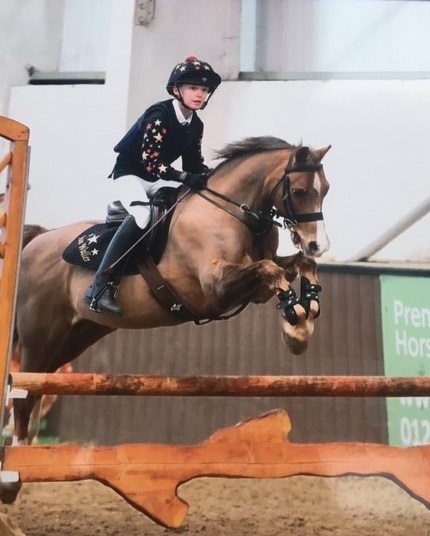 Despite being quite poorly all week, the stormy weather and the equine flu scare, Mara gave an incredible performance, taking first place in her class on Jimby and second on Neyo, qualifying both ponies for the National Championships at Addington Manor. Mara's class was 0.75m for children aged 14 and under and she competed against more than 30 other children. Mara was the youngest in her class and received a special mention from the event organiser.

Mara also had a go in the next class (0.85m), taking 7th place out of more than 60 competitors and qualifying for the Plate Championship.

An amazing result for such a young rider.