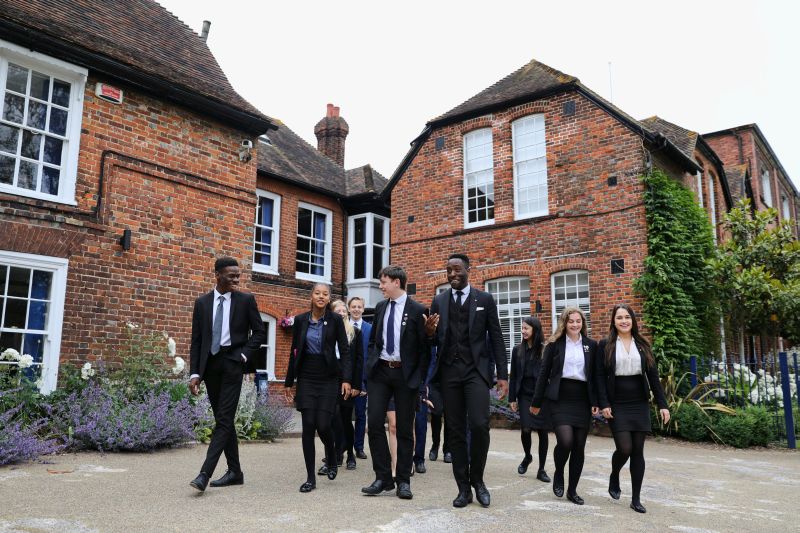 The month of October is Black History Month in the UK, and Ashford School is proud to summarise examples of topics and activities taking place in School which embrace diversity, themes of racial justice and equality, and raise awareness of black history, culture and heritage.

In the English department the Reading Challenge list this year is focused around BAME writers and over the summer the students were set the challenge of choosing a book to read from one of these authors. In addition, during lockdown, students completed a two-week unit on the Black Lives Matter campaign, using the time to reflect on their own thoughts and opinions about the movement before responding to it creatively. Going forwards, the department will also be celebrating Black History Month in lessons by looking at the importance of the month by focusing on the spoken word poet Samuel King and creating a display for the School’s Learning Resource Centre.

Poetry modules this year will include ‘Women Who Changed the World’ and ‘Celebrating Other Cultures’ which gives the students an in-depth look into poets such as Maya Angelou and Imatiaz Dharker. In addition, students will study ‘Of Mice and Men’, and be taught the context of 1930s America, looking at discrimination and segregation, the Jim Crow Laws and how those with mental and physical disabilities were treated. Higher up the School the curriculum applies post-colonial, ecocritical and feminist theory to a range of diverse 20th Century poets. At every opportunity the School ensures that the students are exposed to and understand the world around them and their place within it.

In the History department the younger students have been learning, researching and preparing presentations on non-European and colonial countries involvements in World War 1. Further up the School students are learning about historic miscarriages of justice and researching and presenting on a range of topics including the recent shooting of Breonna Taylor as well as Guantanamo Bay and the discrimination of Muslims. The History A-Level curriculum also exposes students to the civil rights movement within the context of the Cold War and Churchill’s attitude towards India and Ghandi during the 1930s.

Within Religious Studies students have been learning about the importance of human rights and through this are reminded that with rights come responsibilities and that they have the responsibility to treat each other with respect, as equals and as human beings. This topic transcends racial prejudice, and the focus is very much on the fair and equal treatment of all. To help understand these issues the students consider how human rights are broken in North Korea as well as looking into how UDHR privacy laws were broken during the phone hacking scandal in 2011. Building on this, the students look at their own human rights which they believe are essential in their own lives.

As part of their wider ‘Crime and Punishment’ module, the Religious Studies department have also been studying hate crimes, including the case of Stephen Lawrence and in more recent lessons about Anthony Walker. These later classes have focused very much on forgiveness rather than the hate crime, and that something good can come out of so much suffering.

Outside of the classroom the Ashford School House Debating competition has been focusing on topical issues. This month one of the motions in the senior debate competition was: “This house believes that any institution that historically benefited from slavery should be made to pay compensation to the descendants of its victims”. Those arguing for the motion referenced the responsibility held by institutions to help reduce the economic and social discrimination which still exists for ethnic minorities and that reparations could help achieve this. Those against drew on the negative impact significant reparations would incur on institutions. For example, if Universities were hit with large payments money would have to be directed away from education which would pose a risk to current students. During the debate both sides generated substantial and thought-provoking closing speeches which led to a range of questions being explored by the student audience. These included: ‘Would paying monetary reparations be putting a value on human life?’, ‘Should the reparations money be put into policies and education to help raise awareness?’ and ‘How will direct descendants be identified?’.

“Ashford School is very proud that our curriculum consistently highlights the diversity which exists in society. The School’s fundamental belief is that all students should be provided with a diverse and inclusive curriculum. The School strives to preserve education as a natural pillar which helps to facilitate intellectual growth and develop academic curiosity. Therefore, we are very proud to be marking Black History Month at Ashford School.”