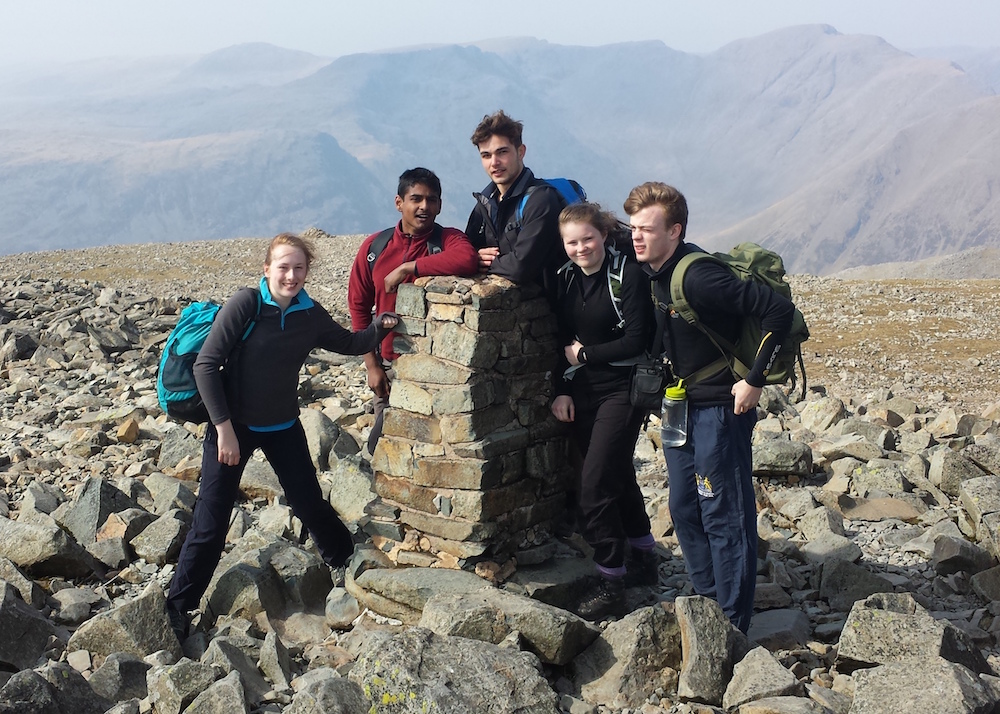 Parents rightly expect a lot from schools, especially when they are paying a large chunk of their salary to them, whilst pupils go through their schooling looking for opportunities to learn much along the way; but is it fair, or even right, that schools should be the primary agents for developing grit and resilience in the next generation? Why is it the case that the emphasis on developing resilience has increased in recent years? Clearly parents want to protect their children from the perils in the world outside their comforting school and home environments, deflecting the problems that they may face. But a life without any risk is surely a sorely unfulfilled life? One which is lacking the risks that go hand in hand with the successes. Risk means failure, but it also means rewards; so that without pupils being encouraged to take risks in controlled environments, they are unlikely ever to achieve their full potential.

It is clear that pupils need to develop the skills to cope with the challenges of life that await them in the future. Successive governments have set out as one of their educational objectives the desire to develop resilience amongst our pupils. Obviously pupils need to be able to cope in the global environment with the difficulties that they will face in trying to find employment, university places and a myriad of other setbacks along the journey that will be their lives; but can schools prepare students for such challenges, especially when we may be trying to develop the skills to cope with the next 50 to 70 years, in other words a world that very few of us can imagine yet? In addition to coping with the potential challenges referred to earlier, pupils also need to be prepared to cope with the challenges posed by technological changes and the potential for failure: failing a driving test, not getting the job hoped for or that university place.

In the current climate, pupils across the developed world are growing up in a very different environment to that which their teachers and parents experienced. Assuming that pupils will respond in the same way as we did is clearly not realistic. Pupils are more likely to go through school experiencing cyber-bullying or nomophobia, both of which were not phenomenon that we had to deal with when growing up. I recall growing up in west London and being able to escape a bad day at school; now pupils armed with their smartphones, tablets and laptops are always in communication with their ‘friends’; there is nowhere for them to escape to. In addition, young people feel that they need to seek self-affirmation through competing about the number of ‘friends’ they might have on Facebook, the number of followers on Twitter or the number of likes when they post something. Others will not be able to let go of their smartphone, checking it all through the night and worrying when they do not receive a timely response to their text or instant message. Peer pressure to look a certain way has always existed but usually there was no record, now there is the added pressure of knowing that anything one does in public is almost certain to appear on Instagram or Snapchat in short order and remain there for many years to come.

What can be done by schools to help pupils develop their outer shell, so that they can better cope? At Bancroft’s, like many other schools up and down the country, the education of our pupils doesn’t start and stop in the academic classroom. All that we embark on is part of the process of developing our pupils’ determination to succeed and develop the sort of character that can deal with set-backs. Playing school sport, especially against other schools, gives our children, be they netball, hockey or rugby players, the chance to work as a team, and, importantly, develop the real friendships that allow pupils to share their experiences whilst dealing with adversity. Seeing rugby players calculating the best way to outwit an opposition and working out who they can rely on helps them develop the soft skills that will be necessary in the future. Such experiences are not just confined to the sports’ pitches. Many schools like Bancroft’s pride themselves on their extensive co-curricular programme, be it in drama, music, Duke of Edinburgh’s Award or CCF. All of these give pupils greater opportunities to face a challenge, to deal with it and experience something that doesn’t come easily to them whilst requiring them to persevere. The CCF gives pupils the chance to develop their leadership skills as well as the opportunity to get out of their comfort zone, be it rock climbing in the Lake District or walking across Snowdonia with just a map and your wits to navigate back to base. In music and drama pupils get the chance for rehearsing together, leading, conducting and directing each other, ensuring that they develop the skills necessary to command respect from their peers.

As part of daily life at many independent schools the House and tutor systems play a vital part. Housemasters or Heads of Year look after the progress and welfare of pupils, keeping a close eye on them, using their wealth of experience to keep in touch with parents. Tutors also play a vital role, getting to know the pupil and identifying changes in behaviour as well as pre-empting difficulties and challenges that might arise.

It is absolutely the case that schools play a vital role in developing a young person’s resilience and their ability to cope with change and face down the challenges of growing up, but this can only be done in conjunction with parents. Parents have the best chance to get to know their children; they share those special moments, on holidays, at birthday parties and other family moments. Using these special moments can help families work together to ensure that children are better prepared to deal with any setbacks they face, knowing that they have a support mechanism in place and, therefore, giving them the power and confidence to try again and persevere even in the face of difficulties. It is this time and opportunity, when children are open to new ideas, which need to be grasped to ensure that pupils are better prepared to succeed. Parents and schools working hand in hand to set high expectations within a supportive and encouraging environment are probably doing as much as anyone might expect to help the current generation of youngsters develop the skills to cope with the future. But ultimately it is incumbent on parents and schools to remove the scaffolding around pupils over a period of years and allow them to take risks within a controlled environment and so build up the skills necessary for long-term resilience. It will be the children who learn to cope with failure and who pick themselves up after each set-back who are going to most likely succeed in future life.

For more information about Bancroft’s School, see their profile on School Search.