Haileybury’s U14 boys’ hockey team triumphs in the County Tournament 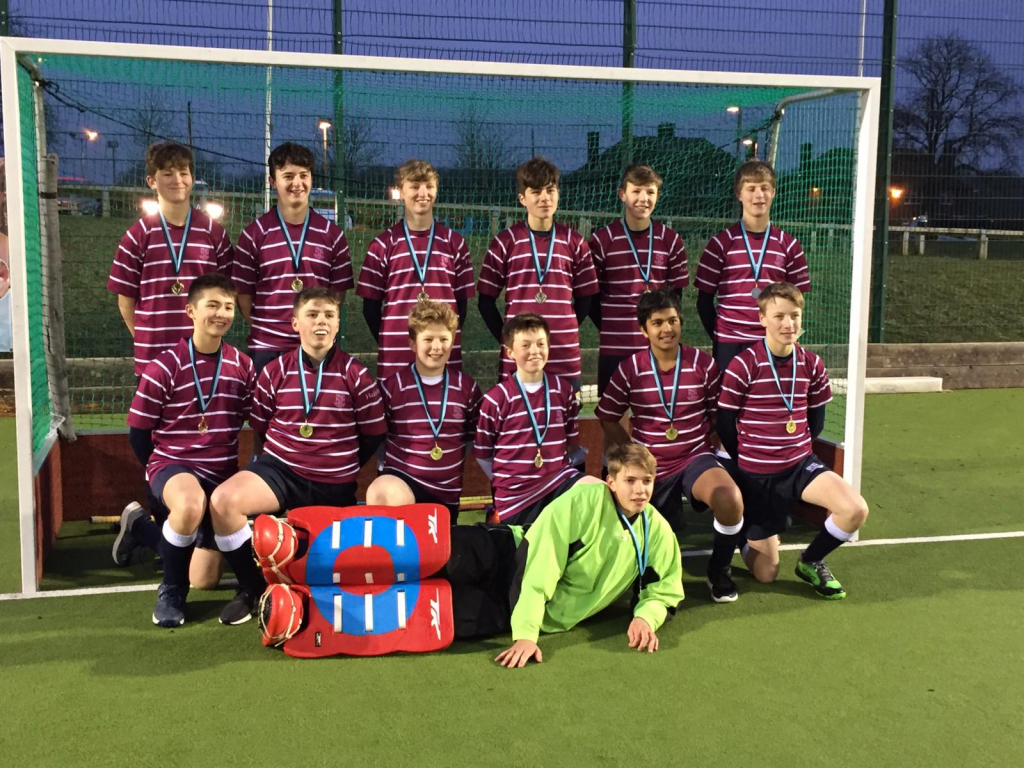 The U14 boys have had a magnificent county tournament to date, securing the top spot at the County Tournament at Oaklands. The level of hockey was outstanding, with the boys coming top of their group with a convincing 3-1 win and two closely contested draws. This led to a semi-final against St Albans, where Haileybury came out with a 2-0 win.

The final saw the team meet a very strong Merchant Taylors, and the two teams faced each other during a very open-ended game with several chances at each end in the first half.

Haileybury’s exceptional defence, resulted in an impressive victory of 3-0 to clinch the county championship.

Director of Hockey, Rob Schilling, said: ‘I am absolutely delighted for the boys, this achievement is a testament of their talent and work ethic. It was a massive team effort with many miles put in by all thirteen players in the squad.’

The U14As hockey having not lost all term, this continues the U14s unbeaten run this academic year, with the U14A rugby also being unbeaten. The boys now head to the east tournament in a few weeks’ time.