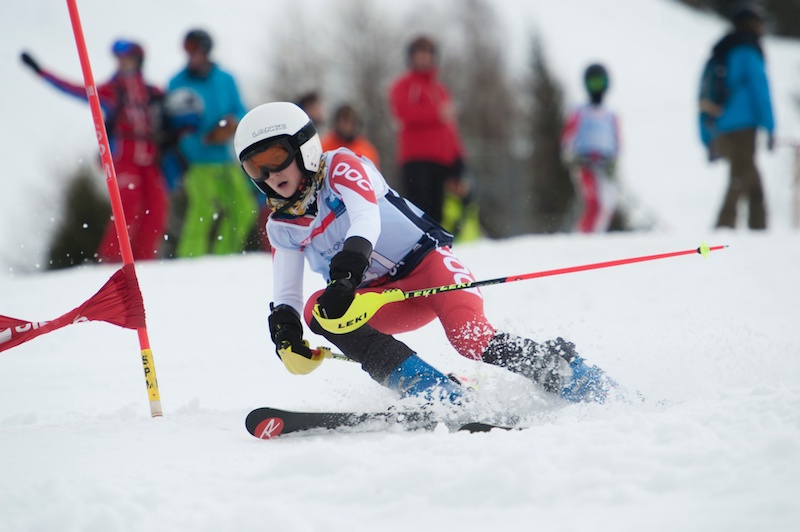 Their medals and trophies in the junior category, complemented by strong performances and significant improvements by the School’s senior competitors, means an exciting future awaits this fledgling team.

Mrs Zeta Hill, Head of Skiing, praised the 16-strong band of skiers for their fantastic work ethic and attitude. “The trip was a huge success, with the highlights being securing two Gold medals, two Silver medals and three trophies in the junior category.

“However, the senior boys and the senior girl competitors were also outstanding, especially in light of the fact that this was our first time ever racing on snow, there are lots of results and improvements, of which we can be very proud."

The School’s Ski Team was launched just over a year ago with the clear target of entering a team in December’s annual five-day Championships and they didn’t just reach their target but they did it in style.

Mrs Hill added: “We can be proud in having smashed this target, by taking 16 students to compete and returning with 4 medals and 3 trophies. In fact it should be noted, by the end of the week, that all the ISSC staff and the ski instructors commented on the exemplary behaviour and attitude of our pupils, who were shining ambassadors for the School in our first competition.”

The Championships started with the Senior Boys’ Slalom race and Brentwood’s strongest performance came from the boys’ team captain, Oliver Sparks, who came 14th in the U16 category. Three Brentwood boys finished in the top 20 in their age group, which for their first time ever racing on snow, was a brilliant debut.

This was followed by the Junior Boys’ and Senior Girls’ Giant Slalom and a special mention must go to Evelyn Golledge, the only female skier on a trip, which was the first of its kind in the School’s 463-year history.

Mrs Hill said: “Eve skied with confidence and finished 30th out of all 106 senior girls and 12th in the U16 category - a fantastic result! Throughout the week, Eve had to work independently a lot of the time, as the only Brentwood School pupil in the Senior Girls' group, and she showed maturity and exemplary behaviour throughout the week.”

In the Junior Boys’ racing, Max and Sam Kingsley were Brentwood’s only entrants and they did not disappoint. Having been told to ‘bring home victory’ they surely did, with Sam winning the Gold medal and finishing with the only sub-30 second time, completing the course in 29.68 seconds. Max also had two excellent runs and secured the Silver medal to ensure Brentwood featured strongly at the top of the leaderboard.

The following day, the Senior Boys raced again in the Giant Slalom. With a couple of days training under their belts, every skier improved their performance in this race. After a disappointing stumble in the slalom, which he resiliently corrected and still managed to finish in the top 20 despite it, Harry Toms had an outstanding outing, finishing 6th out of all the Senior Boys, despite being one of the youngest in this category.

Oscar Tweed, Jacob Sparks and Harry East also competed in the U14 age group and all showed huge determination and improvement in the races. In the U16 category, Oliver Sparks was again the fastest Brentwood finisher, securing 11th place. Excellent performances were also seen from Freddie Wise, James Pridmore (despite a shoulder injury), Oscar Graver and Damon Pearse. Damon also impressed the organisers with his freestyle skiing during training and a video of his 360 degree jump was retweeted!

On the final day of racing the Junior Boys and Senior Girls completed their Slalom event and it was incredibly exhilarating. Once again Evelyn finished in the top 20 of the U16 Senior Girls, with a best time of 47.48 seconds. And the Kingsley twins were inspirational in their performances. Sam once again brought the Gold medal home, finishing the course in 29.68 seconds (and again being the only skier to achieve a sub-30 second time!) and sure enough Max followed with flare and outstanding skill to bring the Silver medal home!

The final and most exciting race was the parallel slalom team event and Brentwood had selected its six best slalom skiers to compete in a relay race. The team included captain Oliver Sparks, Harry Toms, Oscar Graver, Damon Pearse, Max and Sam Kingsley. Brentwood drew one of the best schools in the competition, Whitgift, for a preliminary race.

Mrs Hill explained: “Whigift put out their strongest and most experienced senior skiers and we were certainly going in as the underdogs. The whole of the rest of the team turned out to support each other and the atmosphere was electric! The race was a real nail-biter with only a gate or so in it at the end, but unfortunately we lost out to Whitgift, who did then progress all the way to the final. Sam Kinglsey’s final run against the Whitgift senior boys’ captain was incredible and he was catching up with him! At the end, the Whitgift captain even gave Sam a thumbs up and commented on how awesome his performance was!

“With medals and trophies in the junior category and strong performances and significant improvements seen in the senior categories, the future is certainly bright for Brentwood School’s ski team! I am incredibly proud of all the students and offer them my most sincere thanks for being such fantastic company and shining ambassadors for the School.

“In addition, we had the pleasure of the company of a number of parents, whose support throughout the week and over the past year has been phenomenal and of great value.”

Mrs Hill also thanked the staff who have supported the team, not just on this trip but overthe past year, including all their weekly training sessions at the Brentwood Park Ski & Snowboard Centre in Warley. 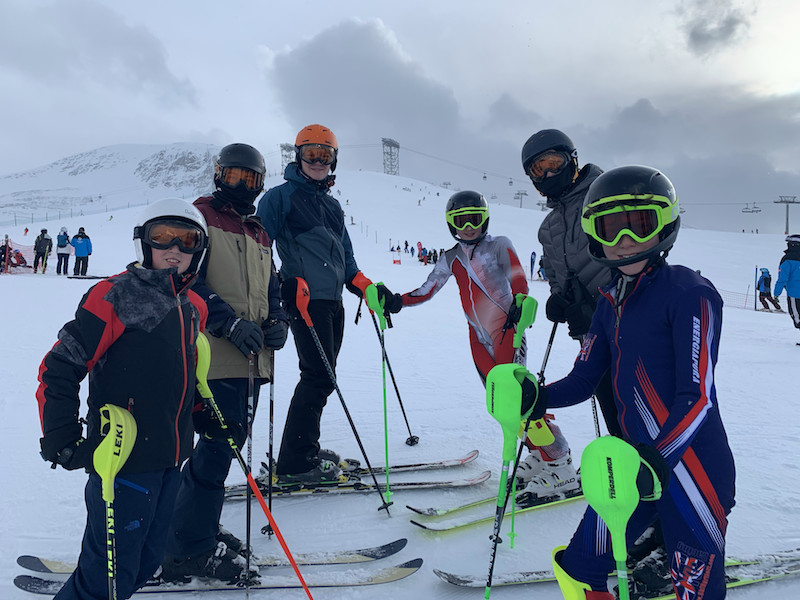