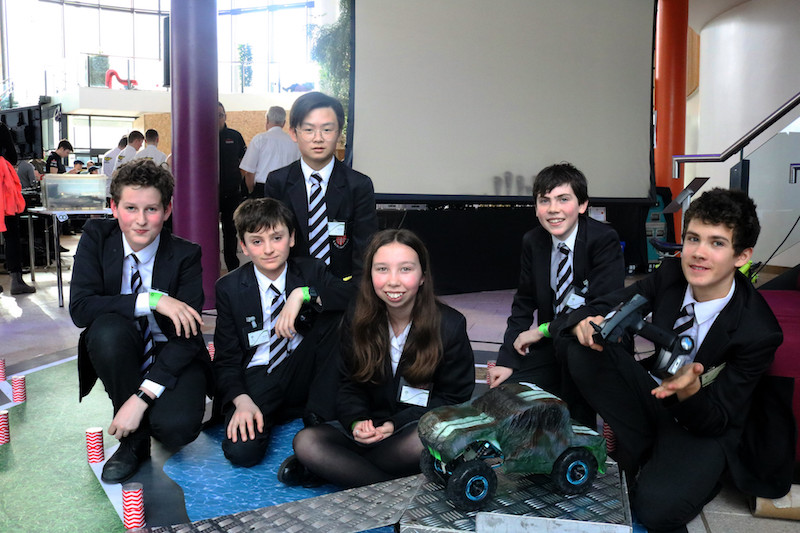 This is a worldwide competition that offers apprenticeships at Jaguar Land Rover to those who reach the final stages.

The competition consists of creating a new shell for a Land Rover Remote control car, driving an extremely demanding assault course, an interview with a panel of judges from Jaguar Land Rover and creating a team ‘Pit’ showcasing the work they have put in throughout the year.

The team performed fantastically, producing a new shell made from bio degradable materials that really impressed the judges. They worked well in their team roles, and clearly communicated their brand and ideas to the Land Rover representatives.

The team won the ‘best engineered car’ in their category which was a great feat. They also managed to win the entire category and became the Southwest Regional Champions! A truly excellent performance from team ‘TruBio’ consisting of Stan, Charley, Lucia, Oscar, Isaac and Marco.

Mr East, Design and Technology Teacher added: "It is a fantastic day for students to showcase their engineering skills whilst meeting professionals in the industry. The team should be incredibly proud of themselves for winning in their first attempt and I know they are very excited about competing next year in the development Class."