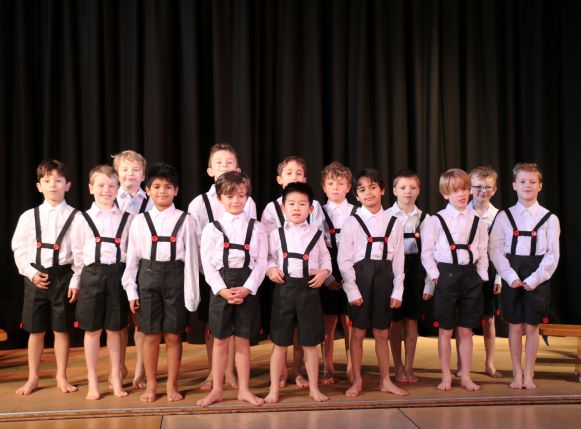 Junior pupils at Lockers Park Preparatory School in Hemel Hempstead have dazzled audiences with this year’s Christmas performance of the ‘Pied Piper of Hamelin’, an adaptation based on the traditional tale of the Pied Piper.

The musical re-telling brought the story up-to-date in a fun and entertaining way and featured beautiful melodies and catchy rhythms that kept the audience enthralled throughout.

Confident acting, dancing and singing, including some excellent solos, created a spectacular performance. The production featured all 59 pupils from Years 3 to 5, with beautiful scenery hand-painted by Lockers Park parents and staff.

Headmaster Christopher Wilson commented: “What a way to start the final week of term. Our Junior pupils really enjoyed getting to grips with this modern adaptation under the expert direction of Mrs Edmunds, Lockers Park’s Head of Drama. Their efforts made for a fantastic and engaging experience. I extend my thanks to each and every member of staff and pupil who helped ensure the play was such a resounding success.”

Lockers Park is a day and boarding school for boys aged 7-13 with a Pre-Prep for boys and girls aged 4-7. Situated on the outskirts of Hemel Hempstead, the school holds an excellent academic reputation, priding itself on preparing pupils for the country’s leading public and independent senior schools. Visit www.lockerspark.herts.sch.uk for further information.