Looking at schooling differently –  re-thinking the transition at 13+ 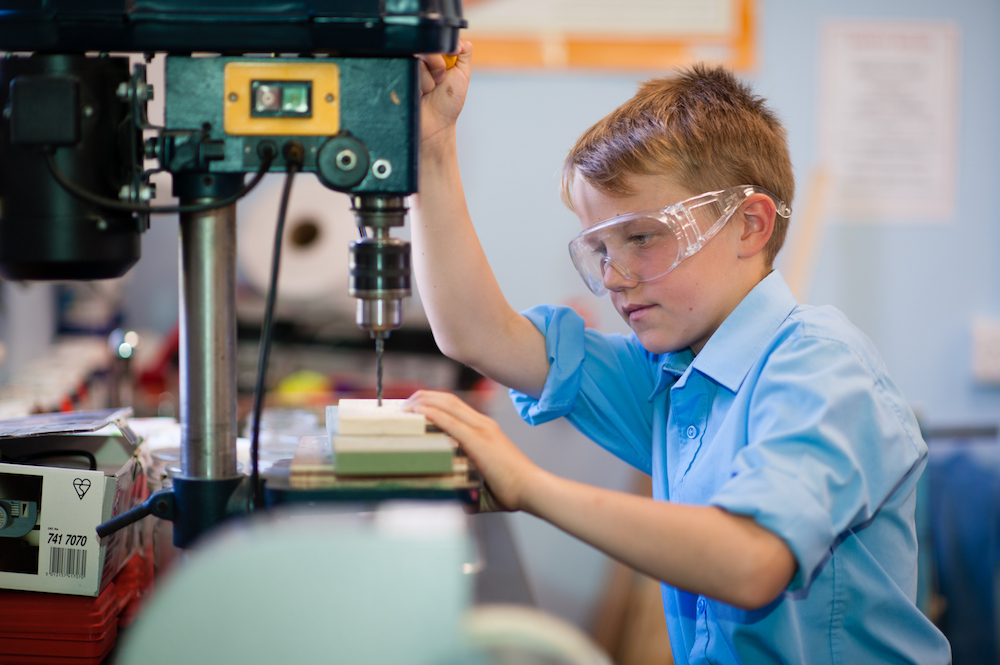 Andrew Marshall-Taylor, Headmaster of Monkton Prep School, says that by reducing its Common Entrance timetable, the school has created a dynamic curriculum that allows pupils to thrive academically, socially and emotionally...

Over-testing, hothousing, extra tutoring: these are all themes which appear with alarming regularity in the media nowadays. For some time, the Common Entrance exam has been under fire as an overly pressurised and outdated way of gaining entry to independent senior schools.

Criticism often focuses on the fact that 12 and 13-year-olds are having to go through a rigorous regime of past papers and preparation when time could be better spent developing a love of learning and acquiring the necessary educational skills and tools that will enable them to flourish when they make the transition to the senior school environment.

At Monkton Prep School, it was over five years ago that we started to recognise that whilst our Year 7 and 8 pupils were achieving very good grades at Common Entrance, they weren’t necessarily developing their ability to learn well independently or in a group context. We wanted our pupils to really embrace this phase of their life, to feel the satisfaction and sense of achievement that comes from growing as an independent learner. We wanted pupils to be both inspired and challenged in equal measure rather than subject them to the pressures and stresses that Common Entrance in all subjects inevitably brings.

Out of this realisation a new Year 7 and 8 curriculum at Monkton Prep was born. Our aim was to create a Sixth Form environment for the oldest pupils in the school in which they would be able to thrive on all levels - academically, socially and emotionally. Academic rigour wouldn’t fall by the wayside; we envisaged it as the natural by-product of guiding pupils in how to be reflective, resilient enquirers who could communicate their ideas and come up with original, creative solutions to tricky problems. Equally important for us was to provide opportunities for learning, both within the curriculum and as part of our extracurricular offering.

The Common Entrance subjects to be examined were reduced to a core group: English, maths, science, French and Latin. In geography, history and religious studies, the exam was replaced by an extended project. Across the three subjects pupils would have to do at least one extended written project and one oral presentation. These three subjects would then be assessed using a skills matrix, adapted from the International Baccalaureate model of skills and knowledge acquisition.

Art, design and technology and music were kept alongside these core subjects but new subjects were also added. On a carousel basis, our pupils have been introduced to Mandarin, thinking skills, current affairs, performing arts and outdoor education. We have also added in study periods so that pupils begin to learn how to manage their own work effectively and independently. A teacher is always on hand during these periods to advise and to guide if need be.

Underpinning it all has been the emphasis on learning to lead, to coach, to take responsibility and to make a contribution to the community. Our pupils have had training seminars on all of these and it is fantastic to see the way they engage with our younger pupils as they coach and mentor throughout the school. When they team up with the younger pupils, it is more than just a friendly conversation – the pupils learn to listen well, to guide and give encouragement and to pass on any concerns to staff if these arise and they feel it is necessary. The Year 7 and 8 pupils have responded well to being given these new challenges. Whether it is leading discussions on the school and eco councils, planning and running a whole school fete, being involved in the interview processes for new staff or acting as ambassadors of the school as they meet parents and visitors, we are enormously proud of them as they grow in confidence and self-belief. We have found, too, that the increase in self-esteem translates into more confidence in the learning environment - the confidence to enquire, investigate, state opinions and try new things.

Reducing our Common Entrance timetable has opened up the way to a more creative and dynamic curriculum. It is has been a very welcome change amongst the pupils, the staff and the parents. And, with a yearly average of over 20 of our pupils winning scholarships to top independent schools, it seems that senior schools like it too!