Posted on 26th May 2022 in School News, Competition, Sport, Winners 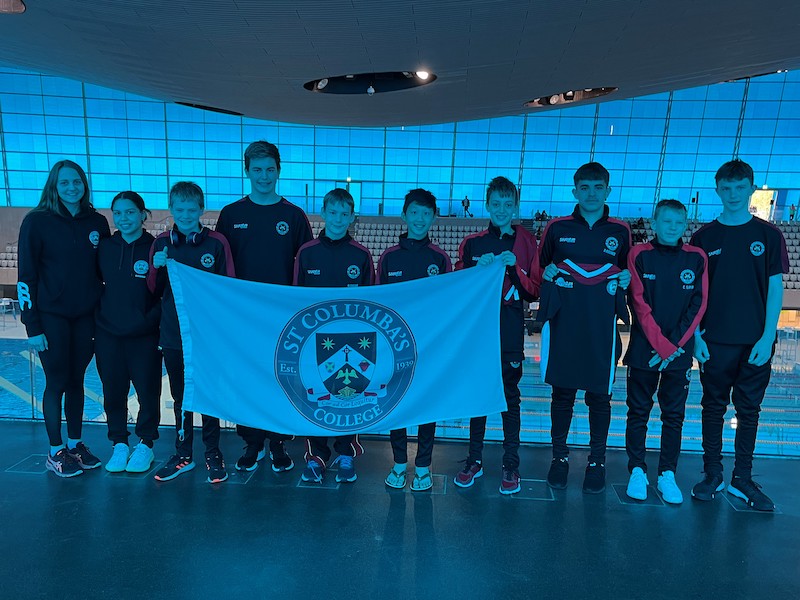 St Columba’s College swimmers smashed it at the World Swim Championships, bringing home a new World Record and a ton of medals in individual and team events.

Antonia Jubb won individual Gold in the U17 200M Freestyle. She teamed up with Caitlin, Brayan Assaker and George Hooper in the Mixed Freestyle Relay to take home the Silver Medal in a nail-bitingly close finish, the team narrowly missing out on Gold by 0.67 of a second.

Brayan and George also swam in the Pairs Relay, finishing fourth. George had a fantastic competition, with three fourth-place finishes in individual events.

The junior boys had some great relays, finishing fourth in one and fifth in two. They also had many Top 10 finishes in individual events.

Heather Stott, St Columba’s College Swimming Coach congratulated all the swimmers who took part: “Well done to all the boys and girls. They all swam really well and are a credit to their school, families and coaches. They gained valuable experience and had fun!”

The inaugural WSG Events World Swim Championships took place over two days at the London Aquatic Centre. “We are delighted to be an inaugural partner of the World Swim Championships,” said Heather Stott. “It was a well-organised, exciting event at a fantastic facility. All our swimmers enjoyed the experience, and for many it was their first visit to the Olympic Park. This is definitely an event we hope to participate in again in the future.”

Earlier in the year, St Columba’s College swimmers had great success in the Herts Schools Swimming League. The Year 7 A and B teams won their league. The Junior Boys team (Year 7 and 8) won their League as well as winning the Top 8 Final Gala.