Young Bridgewater footballer runs away with another title 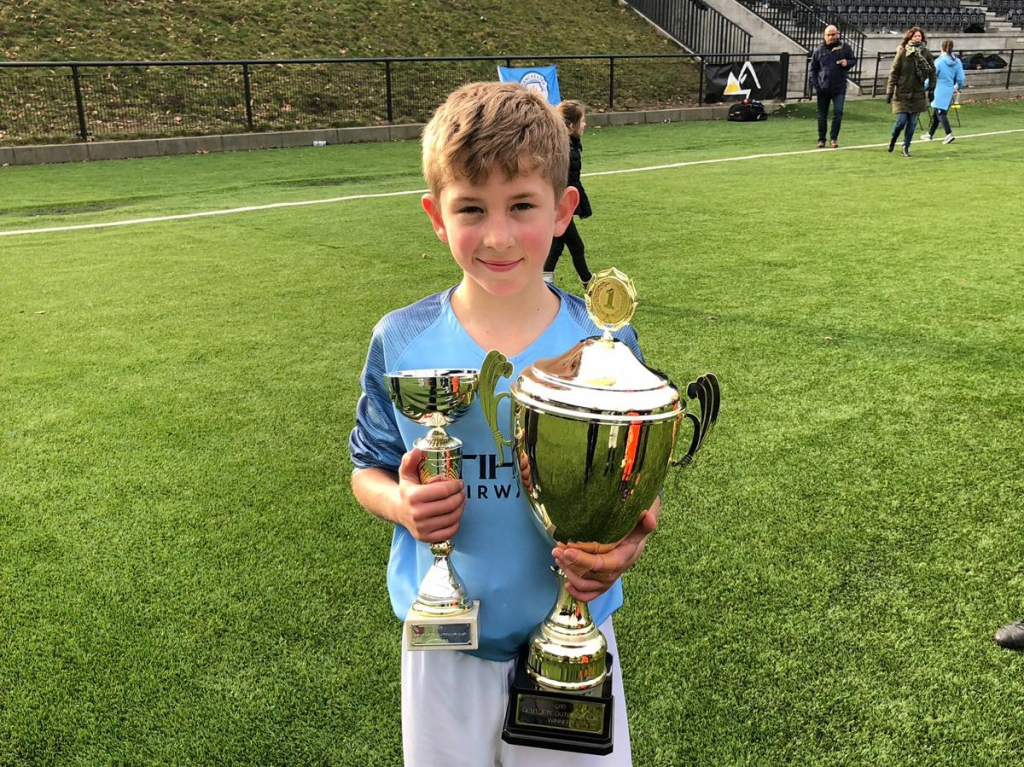 The Manchester City U9 Academy player and pupil at Bridgewater School is proving to be hard to beat with and without a ball. Year 4 pupil Alfie Turley recently won Bridgewater’s first-ever Cross Country U9 Championship in the annual Independent Schools Association Junior regionals, guaranteeing his place to represent the North in the national finals later this year, before taking home ‘Player of the Tournament’ in an inter-school basketball competition the same week.

A keen sports fan and dedicated footballer, the talented youngster’s school achievements come off the back of a successful 2018/19 season for the Manchester City Elite Academy team, with whom he signed in May 2018. Playing on the wing, Alfie is proud to have helped the team recently win their tournament in the February half term break over in Copenhagen Denmark, beating Liverpool 1-0 in the final.

Said Mr. Rooney, Head of Prep at Bridgewater School: ‘At Bridgewater we celebrate the achievements of all our pupils on a regular basis. We encourage our children to do their best, fulfil their potential and most importantly enjoy competing with each other and against other schools in a fair and respectful way. We are delighted that Alfie has been able to experience a variety of sports at our school and, with the support and encouragement of both team mates and staff, has taken these opportunities with both hands. Well done to all!’